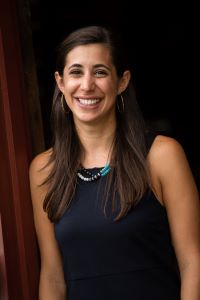 Lauren Fine, Esq., is the co-founder and Co-Director of the Youth Sentencing & Reentry Project (YSRP), a Philadelphia-based nonprofit organization that works to keep children out of adult jails and prisons, and to bring home people who were sentenced as children to life in prison without the possibility of parole (“Juvenile Lifers“). At YSRP, she leads the mitigation/sentencing advocacy team for youth and juvenile lifer client-partners, does policy advocacy work, and works with her Co-Director and Director of Operations on fundraising, communications and other aspects of the organization’s management. Before YSRP, Lauren was a Zubrow Fellow in Children’s Law at Juvenile Law Center, a federal law clerk, and a research assistant/project manager at the Brookings Institution. At Juvenile Law Center, among other projects, she advanced efforts to end the practice of sentencing children to life in prison without parole, including co-authoring Amicus briefs to the U.S. Supreme Court and state supreme courts. She also aided in successfully challenging the adjudication of homicide for an 11 year old; provided legal intake services at a homeless shelter for youth, and co-authored a Model Act and reports on juvenile record expungement and on trauma and resilience.

Lauren has received several fellowships and awards for her work with YSRP; she is a 2014 Echoing Green Fellow, a 2015 American Express-Ashoka Emerging Innovator, a 2016 Claneil Emerging Leader Fellow, a 2016 American Bar Association Lawyer on the Rise, the 2017 recipient of Duke Alumni Association’s Young Alumna award, and the 2018 recipient of the American Constitution Society David Carliner Public Interest Award. Lauren is the Co-Chair of the Philadelphia Bar Association’s Criminal Justice Section, a member of the Duke Philadelphia regional alumni board and a the Duke Law Alumni Association Board of Directors. She is a graduate of Yale University and Duke University School of Law.