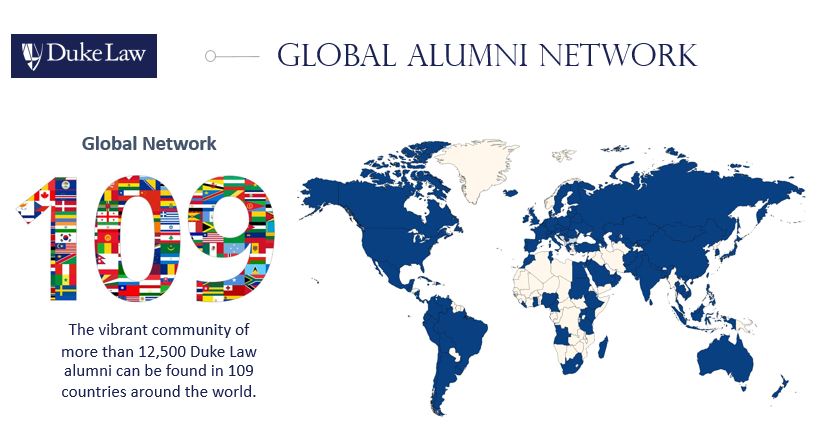 International alumni volunteers help keep alumni connected by organizing events in their area and promoting Duke Law to prospective students. All Law alumni living in a particular city will receive communication about upcoming alumni events, as long as we have a current mailing address on file for you. Update your address here. We also welcome our visiting scholar and overseas exchange program students to our overseas alumni activities in their home countries.

Private philanthropic support is critical to the continued success of Duke Law School's International LLM Program. Learn how you can make an impact. 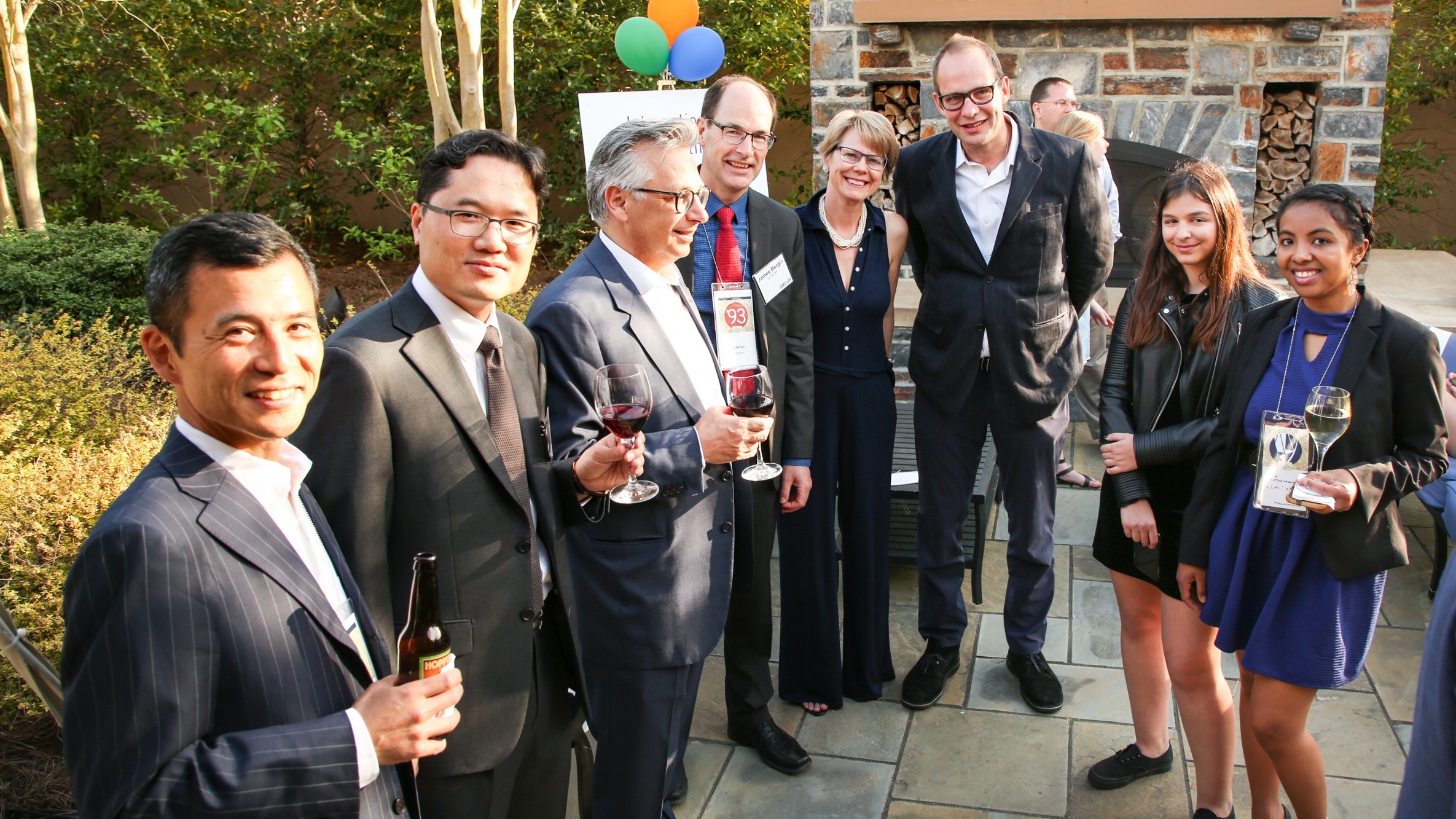 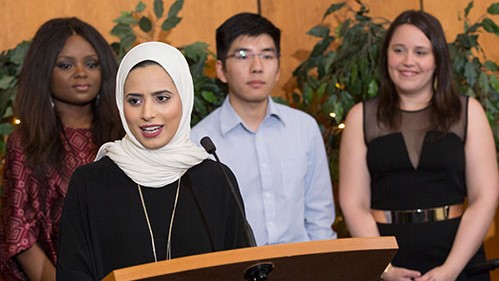 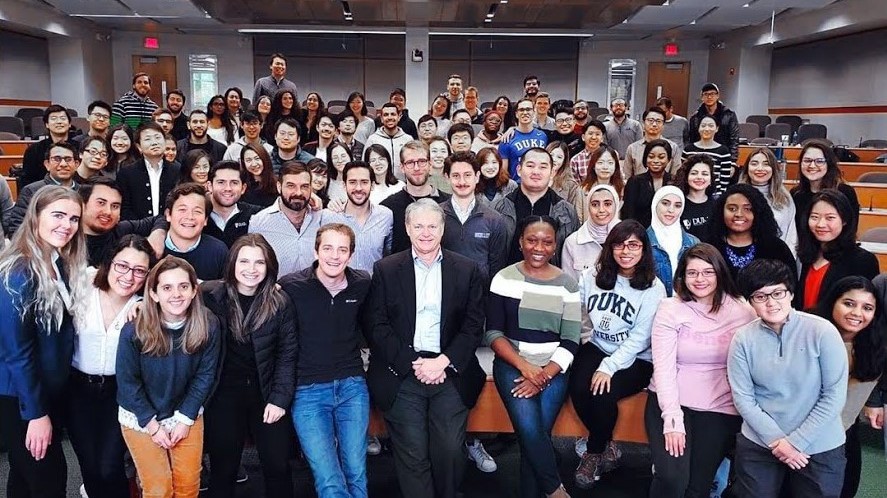 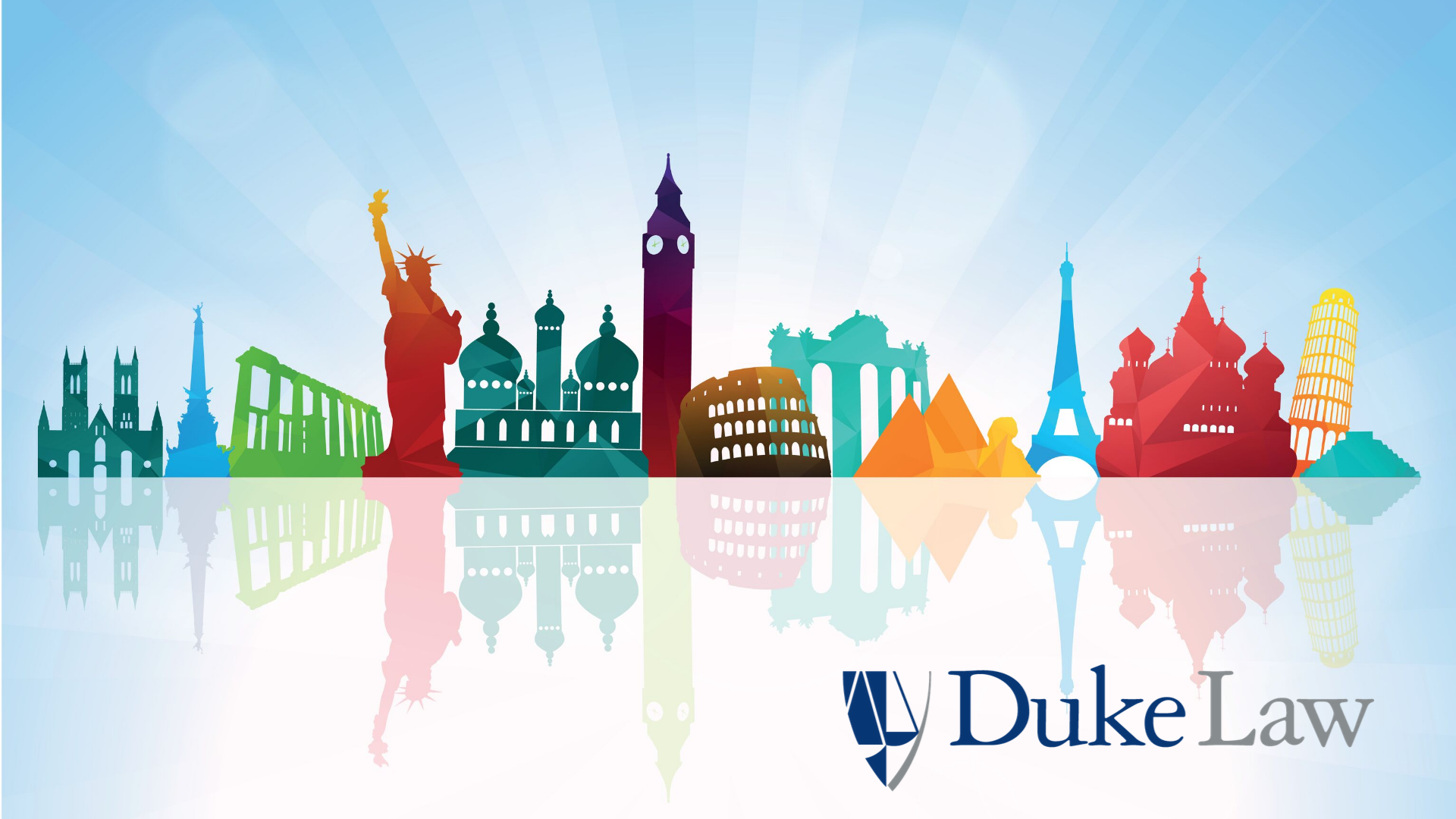 Each year, Duke Law School welcome a group of 80-100 international LLM students from 40+ countries. If you’d like to learn more about the current class, click here. If you’d like to be connected to a current student, please contact the Office of International Studies at international@law.duke.edu. Be sure to indicate your year of graduation when you write to us, and thank you advance for your support.

Presented annually by the Law Alumni Association Board of Directors, the International Alumni Award recognizes and honors an international graduate of the Duke University School of Law who has exemplified the highest standards of professional excellence, personal integrity, and concern for the common welfare in his or her own profession and home country. 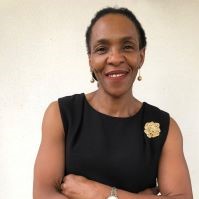 In a chequered career in the legal profession, she has worked as an attorney’s assistant, a court interpreter, a court prosecutor and an assistant State Law Adviser (Mthatha); policy counsel and lobbyist (Women’s Legal Defense Fund in Washington D.C.); law lecturer (University of Transkei); an Independent Electoral Commission investigator in the first democratic South African elections, Transkei Region in 1994, and practised as an advocate (having been so admitted in 1992) from January 1994 until her elevation to the bench in July 1999.

Justice Maya was permanently appointed as the first black woman Judge of Appeal, in the Supreme Court of Appeal in 2006. In 2015 she was appointed as the first woman Deputy President of the Supreme Court of Appeal. And in 2017, she became the first woman President of the court. She has acted as a judge in the Constitutional Court of South Africa and as a judge of Appeal in the Supreme Courts of Namibia and Lesotho.  She is held in high esteem by the South African legal fraternity and has a reputation for integrity and independence along with a sensitivity to the implications of gender-based violence and socio-economic inequalities in South African society.

Throughout her career, Justice Maya has demonstrated a clear commitment to the promotion of gender equality. Her extra-curricular activities and particularly her community activism, reflect a deep commitment the values of the Constitution. Through her appointment as President of the Supreme Court of Appeal, she became a symbol of gender transformation and is an important role-player in the promotion of cultural and gender rights in South Africa.

Justice Maya is married to Dabulamanzi Mlokoti and they have three children, a daughter, Wela (also a Duke Law LLM graduate) and two sons, Zizi and Jama.

More information about the Law Alumni Association Awards and a link to submit nominations is available here.