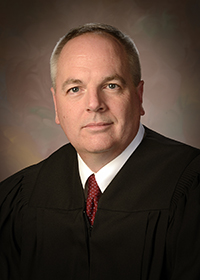 Established in 1985, the Charles S. Murphy Award honors a graduate's commitment to the common good through his or her service to the community or dedication to education.

Todd M. Hughes was appointed to the United States Court of Appeals for the Federal Circuit by President Barack H. Obama in 2013, confirmed by the Senate on September 24, 2013, and assumed the duties of his office on September 30, 2013.

Judge Hughes served as Deputy Director of the Commercial Litigation Branch of the Civil Division of the United States Department of Justice from 2007 to 2013. He was the Assistant Director in that office from 1999 to 2007 and a Trial Attorney from 1994 to 1999. From 1992 to 1994, Judge Hughes served as a Law Clerk to Circuit Judge Robert Krupansky of the United States Court of Appeals for the Sixth Circuit. He was an Adjunct Lecturer in Law at Cleveland-Marshall College of Law during the Spring, 1994 semester. Judge Hughes received a JD from Duke Law School in 1992, an MA from Duke University in 1992, and an AB from Harvard College in 1989.

A. Kenneth Pye Award for Excellence in Education 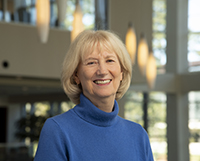 The A. Kenneth Pye award honors a graduate or other member of the Duke Law community whose work in education reflects former Dean A. Kenneth Pye’s life and ideals.

Katharine T. Bartlett, A. Kenneth Pye Professor of Law, served as Dean of Duke Law School from 2000-2007. She teaches family law, employment discrimination law, gender and law, and contracts, and publishes widely in the fields of family law, gender theory, employment law, theories of social change, and legal education. She has the leading casebook (with Deborah Rhode, Deborah Grossman and Deborah Brake) in the area of gender law.

Professor Bartlett served as a reporter for the American Law Institute's Principles of the Law of Family Dissolution (2002), for which she was responsible for the provisions relating to child custody. For her work on this project, she was named R. Ammi Cutter Chair in 1998.

Professor Bartlett earned her degrees at Wheaton College, Harvard University, and the University of California at Berkeley. Before coming to Duke, she was a law clerk on the California Supreme Court and a legal services attorney in Oakland, California. She has been a visiting professor at UCLA and at Boston University, a scholar in residence at New York University School of Law and Columbia Law School, and a fellow at the National Humanities Center in Research Triangle Park, supported by the Rockefeller Foundation.

Professor Bartlett has received numerous honors over the years. In 1994, she won the University Scholar/Teacher of the Year Award at Duke University. She was awarded Equal Justice Works' Dean John R. Kramer Award (“Dean of the Year”) for “leadership in public service in legal education” in 2006 and received an honorary doctorate from Wheaton College in 2008. 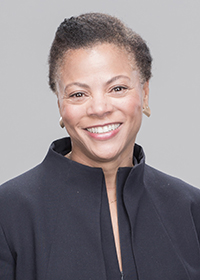 The Charles S. Rhyne award was established in 1994 to recognize graduates whose careers exemplify the highest standards of professionalism, personal integrity, and commitment to education or community service.

Cheryl Scarboro, formerly an Associate Director in the SEC’s Division of Enforcement and the first Chief of the SEC’s FCPA Unit, is a Partner in the Washington, D.C. office of Simpson Thacher & Bartlett LLP and a member of the Firm’s Government and Internal Investigations Practice. She represents corporations, financial institutions and individuals in government investigations and other regulatory enforcement proceedings. Cheryl handles sensitive internal investigations on behalf of management, boards, and special committees, and routinely counsels clients on compliance programs, SEC reporting, disclosure and corporate governance requirements.

Cheryl joined the Firm following a 19-year tenure at the SEC, where she led significant investigations involving a broad variety of subjects, including alleged violations of the FCPA, the Investment Advisers Act, issuer accounting fraud and other disclosure violations, market manipulation, broker-dealer misconduct and insider trading.

As head of the SEC’s FCPA practice, Cheryl played a role in all of the SEC’s recent major FCPA cases and acted as the SEC liaison with the Department of Justice (DOJ) and regulators around the world. Cheryl led the SEC’s investigation of Siemens, A.G., which resulted in an unprecedented $1.6 billion settlement with the SEC, DOJ and German regulators, the largest settlement to date under the FCPA. She also led investigations that resulted in actions against 15 companies and three individuals charged with making illicit payments to the Iraqi government in order to win contracts under the United Nation’s Oil-for-Food Program. In the FCPA investigation of a Luxembourg-based global steel pipe supplier and manufacturer, Cheryl pioneered the SEC’s first use of a deferred prosecution agreement as a means of resolving the investigation in a manner that recognized the entity’s cooperation.

Cheryl held numerous other roles while at the SEC, including serving as an Associate Director in the Division of Enforcement and as counsel to former SEC Chairman Arthur Levitt.

She is recognized as one of the “25 Most Influential Women in Securities Law” by Law360, and is consistently listed in the “Top 250 Women in Litigation” by Benchmark Litigation where market commentators describe her “huge place in the FCPA world”; “She was the leader of the SEC in the FCPA field and brings a wealth of experience to the table.” Cheryl was also recently named to Savoy Magazine’s “2018 Most Influential Black Lawyers” list. In addition, Cheryl was named to the “Enforcement 40” by the Securities Enforcement Forum, she is consistently recommended by The Legal 500 in white collar, and was named a National and Washington, D.C. “Litigation Star” by Euromoney's Benchmark Litigation in white collar.

Cheryl regularly speaks at conferences on subjects relating to FCPA and anti-corruption, compliance and enforcement.

She earned her JD from Duke University School of Law in 1989 and her B.A. from University of Alabama in Huntsville in 1986. 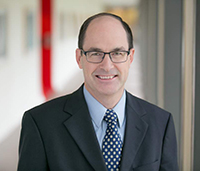 The International Alumni Award recognizes and honors an international graduate of the Duke University School of Law who has exemplified the highest standards of professional excellence, personal integrity, and concern for the common welfare in his or her own profession and home country.

James is a passionate advocate for innovation and its important role in addressing unmet medical need and contributing to business success. Currently James sits on the leadership team of Johnson & Johnson Innovation and leads the global legal team dedicated to supporting J&J Innovation including JLABS which have supported the incubation of over 465 early stage life sciences company globally; Innovation Centers in Boston, London, San Francisco and Shanghai that transact with early stage life science companies; JJDC the corporate venture capital unit of Johnson & Johnson; and World Without Disease Accelerator and Lung Cancer Initiative, each focused on prevention, interception and cure of disease generally and lung cancer in particular.  In addition, James is the leadership sponsor for diversity and inclusion at Johnson & Johnson Innovation.  At the Johnson & Johnson enterprise level, James is the lead lawyer for Johnson & Johnson Treasury including all of its bond and debt offerings and the lead lawyer for the enterprise initiative known as Women in Science, Technology, Engineering, Math, Manufacturing and Design initiative (WiSTEM2D). Prior to his current role, James was Regional Counsel for Janssen Asia Pacific and a member of the Asia Pacific leadership team. James has served on 11 other business leadership teams at Johnson & Johnson across consumer, otc, medical device, and pharma businesses, in a career spanning over 20 years in life sciences. He has worked as a lawyer in law firms in Sydney and New York City and, after going in-house, led legal teams in the United States, Asia and South-East Asia. James was also the lead lawyer for Johnson & Johnson on two of its largest acquisitions worth a combined $40Bn and numerous other acquisitions, divestments, strategic alliances and joint ventures.  He also oversaw a large arbitration for J&J's largest product Remicade against Schering Plough (now Merck). James was a founding member of the Duke Law International Advisory Board and has supported fundraising events for LLM students in NYC for over a decade.  Also, as a member of the Duke Alumni in New Jersey, James has interviewed between 10-15 Duke University applicants a year since 1998. 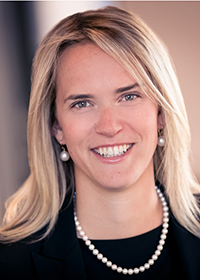 Celia Glass is a litigation associate at Wachtell, Lipton, Rosen & Katz, where she has practiced since October 2015. She has worked on a variety of matters including international commercial arbitrations, corporate governance disputes, and mergers and acquisition related litigation. Glass has also done pro bono work with Her Justice, an organization that provides free legal services to low-income, underserved women in New York City. Glass received her JD summa cum laude from Duke University School of Law in 2014, where she served as Managing Editor of the Duke Law Journal and was a member of the Moot Court Board and the Order of the Coif. Following graduation, Glass served as a law clerk to the Honorable Anthony J. Scirica of the U.S. Court of Appeals for the Third Circuit. She is currently completing her service as chair of the New Lawyers Division of Duke Law School’s Law Alumni Association Board of Directors.

Glass received her undergraduate degree from Duke University in 2009. She received a Master of Education from Marquette University in 2011 while serving as a Teach for America corps member. She lives in New York with her dog Buddy, also a two time (honorary) Duke graduate.