Katharine T. Bartlett, A. Kenneth Pye Professor of Law, served as Dean of Duke Law School from 2000-2007. She teaches family law, employment discrimination law, gender and law, and contracts, and publishes widely in the fields of family law, gender theory, employment law, theories of social change, and legal education. She has the leading casebook (with Deborah Rhode) in the area of gender law.

Professor Bartlett served as a reporter for the American Law Institute's Principles of the Law of Family Dissolution (2002), for which she was responsible for the provisions relating to child custody. For her work on this project, she was named R. Ammi Cutter Chair in 1998.

Professor Bartlett earned her degrees at Wheaton College, Harvard University, and the University of California at Berkeley. Before coming to Duke, she was a law clerk on the California Supreme Court and a legal services attorney in Oakland, California. She has been a visiting professor at UCLA and at Boston University, a scholar in residence at New York University School of Law and Columbia Law School, and a fellow at the National Humanities Center in Research Triangle Park, supported by the Rockefeller Foundation.

Professor Bartlett has received numerous honors over the years. In 1994, she won the University Scholar/Teacher of the Year Award at Duke University. She was awarded Equal Justice Works' Dean John R. Kramer Award (“Dean of the Year”) for “leadership in public service in legal education” in 2006 and received an honorary doctorate from Wheaton College in 2008. 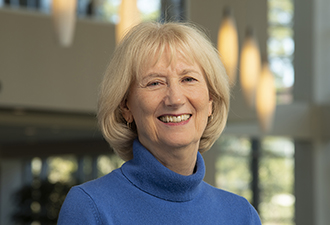