Dan Bowling III is an interdisciplinary scholar whose focus is at the intersection of law, work, and psychology. He was the 2015 recipient of Duke Law's Distinguished Teaching Award, where he teaches courses in labor and employment law. He also designed and teaches a course on lawyers and personal well-being which has been featured in several national publications, and leads seminar courses exploring the connection between happiness, legal professionalism, and work satisfaction. In addition to his work at Duke, Bowling is a lecturer at the University of Pennsylvania, where he assists Dr. Martin Seligman in teaching graduate level courses on positive psychology, positive humanities, and character strengths and virtues.

Outside of the academic world, Bowling is managing principal of Positive Workplace Solutions, LLC, which specializes in designing human performance programs and strategies for senior executives, and a practicing labor and employment lawyer. He also is an executive coach to lawyers at some of the largest corporations and firms in the U.S. Until 2006, he was Senior Vice President of Human Resources for Coca-Cola Enterprises Inc., a Fortune 125 company. In that capacity, he had responsibility for all human resources matters for the company's 80,000 employees in North America and Western Europe, including 35,000 working over 200 labor contracts. In addition to his human resources responsibilities, Bowling was a member of the corporation's governing executive committee. During his twenty year career in the Coca-Cola system, Bowling served in many roles, including running one of the largest business units in the company, and serving as general manager of the Florida Coca-Cola bottling company. He joined CCE in 1986 as Chief Labor Counsel.

Prior to joining CCE, Bowling was a partner with Smith, Currie and Hancock in Atlanta, Ga. He specialized in Title VII litigation and management labor law.

Bowling serves on several boards and is active in non-profit organizations. He is a frequent speaker at seminars and meetings, and has published numerous works in business and professional publications. His current areas of academic research and writing include the application of positive psychology in the practice of law, and the role of well-being in legal ethics and professionalism. 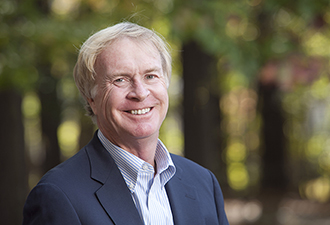