Troy Dow is Vice President and Counsel, Government Relations and IP Legal Policy and Strategy at The Walt Disney Company. In this role he advises the company on intellectual property and technology policy and represents the company on such matters before the Congress, the Executive Branch and related agencies. In addition to his work in the legislative and regulatory areas, Mr. Dow works to ensure an effective and consistent legal policy and strategy in the area of intellectual property and is involved as part of the company's legal team on the major copyright litigation matters that involve Disney or its trade associations.

Prior to joining Disney, Mr. Dow was Vice President and Counsel for Technology and New Media at the Motion Picture Association of America. In this capacity, Mr. Dow advised and represented the major Hollywood studios on policy and legal issues related to intellectual property, the Internet and other digital electronic distribution systems affecting the motion picture industry.

While in government service, Mr. Dow was Intellectual Property Counsel to the Senate Judiciary Committee, where he was involved in the drafting and enactment of a number of the laws that define the legal structure currently governing electronic commerce in the United States, including the Digital Millennium Copyright Act (DMCA), the Satellite Home Viewers Improvements Act, the Anticybersquatting Consumer Protection Act, the Copyright Term Extension Act, the Federal Trademark Dilution Act, patent reform legislation, and a number of other significant copyright, trademark, and patent measures. Mr. Dow also worked in the Washington, D.C. and Utah offices of Senator Orrin G. Hatch (R-UT), and as minority staff to the U.S. Senate Committee on Labor and Human Resources.

Mr. Dow received his degree in economics from Brigham Young University and his law degree from Georgetown University. 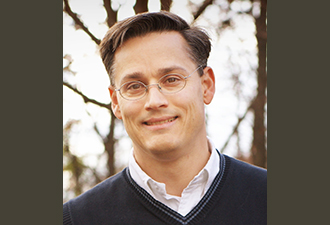