Bruce Elvin has served as the Associate Dean and Director of Duke's Career & Professional Development Center since 2003.  A graduate of Stanford University and Duke Law School, Bruce worked for two years following law school at Ludwig-Maximilians Universitaet School of Law, in Munich, Germany. While in Munich, Bruce also earned a Magister (Masters) in German Law, graduating with "high honors" and writing his Thesis on Steuerkonsequenten grenzueberschreitender Zinsswaps, (“Tax Consequences of Cross-Border Interest Rate Swaps”). Bruce returned to the United States to earn an LLM in Taxation from New York University School of Law, where he was an editor of the Tax Law Review.

Following NYU, Bruce practiced law for two international law firms in New York, Baker & McKenzie and later White & Case.  Subsequently, he took on business roles at two technology firms, where he helped negotiate the creation of a joint venture in Japan with one of that country’s largest media companies.  Immediately prior to coming to Duke, Bruce was a consultant and executive recruiter for large law firms and corporate legal departments with Heidrick & Struggles in New York City.

Since joining Duke in 2003, Bruce has worked with thousands of Duke law students and graduates.  In addition to leading the Career Center, to helping law students see their life experiences as a story with a narrative and to preparing them to launch their careers on the trajectory of their choosing, Bruce currently co-teaches the "Business & Economics of Law Firms" at Duke Law School and has facilitated the creation of similar programs at other law schools.  In addition, he has developed a national reputation among law schools and employers, having served as Treasurer of the National Association for Legal Professionals (NALP) and a member of its Board and Executive Committee from 2009-2011 during the depths of the recession.  He often speaks on the business of law or related topics, and has done so for NALP and organizations including Yale Law School, law firms and consulting firms.

Bruce has been teaching attorneys about “the business of law” since 2001 when he created and taught a course certified by New York State for CLE credit on "The Business of Law and Developing Relationships" for law firm associates. He has published "Law Firm Economics 101" in the NALP Bulletin (September 2008) and in Law Firm Partnership and Benefits Report, “New Associates and Your Firm” (February 2014).  Additional publications and speaking on other topics include: "Dealing with Conflict & Difficult People," Duke University Brain Tumor Center, May 2007; “Share Buybacks by Listed Companies from Individual Minority Shareholders,” IBFD (2002) (co-author); “Technology Business Models in the U.S. and Investment Opportunities in Europe,” Keynote Speaker, Milan Roundtable (Italy, July 2001) “Stock Repurchases: Financial and U.S. Tax Considerations,” European Taxation (December 1998) and “Recharacterization of Cross-Border Interest Rate Swaps: Tax Consequences and Beyond,” 2 Florida Tax Review 613 (1995). 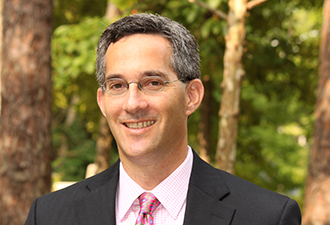