B.A. 1972, Haverford College; B.A. 1974, M.A. 1976, Oxford; M.A. 1976, Ph.D. 1986, Princeton; J.D. 1982, Yale. Professor Haagen was born in Lancaster, Pennsylvania and raised in Connecticut. After graduating from college, he studied history first at Oxford as a Rhodes Scholar, and later at Princeton. He was an editor of Yale Studies in World Public Order and editor-in-chief of the Yale Law and Policy Review. Since law school, he has clerked on the United States Court of Appeals and then practiced law in Philadelphia for two years before coming to Duke in 1985. Professor Haagen has been a visiting faculty member on the law faculties of the Georg August University in Goettingen, Germany (2005), the Johannes Kepler University in Linz, Austria (2002) and the Escuela Libre de Derecho in Mexico City, Mexico (1998). He was Chair of the Academic Council of Duke University from 2005-2007, and Senior Associate Dean for Academic Affairs of the Law School (1991-93, 2009-2012). He is Co-Director of the Center for Sports Law and Policy. His principal academic interests are contracts, the social history of law and law and sports. 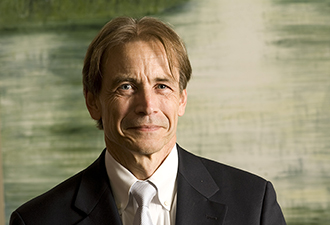