Clark C. Havighurst taught courses in health care law and policy, antitrust law, and economic regulation at the Duke University School of Law from 1964 until his retirement at the beginning of 2005. His scholarly writings include articles on most phases of regulation in the health services industry; the role of competition in the financing and delivery of health care; medical malpractice; private contracts as vehicles for reforming American health care; a wide range of antitrust issues arising in the health care field; and antitrust and other issues surrounding private standard setting, accrediting, etc., in health care and other fields. His law school casebook, entitled Health Care Law and Policy: Readings, Notes, and Questions, was published by Foundation Press in 1988; a new edition, with two co-editors, was published in 1998. In 1982, he published a major study of economic regulation in health care, Deregulating the Health Care Industry. A later book, Health Care Choices: Private Contracts as Instruments of Health Reform, was published in 1995 by the American Enterprise Institute for Public Policy Research (AEI).

A member of the Institute of Medicine of the National Academy of Sciences, Havighurst served as a member of the Institute's Board of Health Care Services from 1987 to 1997. He also served for many years as an adjunct scholar of AEI. On sabbatical leaves, he has been a scholar in residence at the Institute of Medicine (1972-73) and the RAND Corporation, Santa Monica (1999) and a resident consultant at the Federal Trade Commission (1978-79) and at the Washington, D.C., law firm of Epstein, Becker & Green (1989-90). In 1988-89, he served as the Executive Director of the Private Adjudication Center, Inc., an affiliate of the Duke Law School specializing in alternative dispute resolution; he also served for some years as a member of the PAC's executive committee. He has served as chairman of the executive and management committees of the Journal of Health Politics, Policy and Law. From 1965 to 1970, he edited the Duke Law School’s prestigious journal Law and Contemporary Problems (founded 1933), and he has published frequently in that journal, contributing more pages to it than any other author. He has been a visiting professor of law at Stanford, Northwestern, Michigan, and William & Mary. Havighurst served as interim dean of Duke Law School in the last half of 1999.

Havighurst is known as a leading and innovative proponent of policies that would rely less on government or the medical profession and more on competition and consumer choice to guide the health care industry's development. He began to write about the merits of competition in medical care as early as 1970. Rather than confining his attention to the then-emerging concept of health maintenance organizations, however, he anticipated many of the other innovations in managed health care that began to appear only in the 1980s. In 1974, he wrote a brief amicus curiae stressing the need for antitrust enforcement in the health care industry in Goldfarb v. Virginia State Bar, the case in which the Supreme Court first applied the Sherman Act to the "learned professions." Since then, his scholarship has helped to point directions for antitrust enforcement in the health care field. In 1995-96, his critique of the antitrust agencies’ overly regulatory approach to evaluating physician networks was instrumental in prompting a revision of enforcement policies. Many of Havighurst’s contributions to antitrust enforcement in the health care field are documented in a 2008 book, Carl F. Ameringer, The Health Care Revolution: From Medical Monopoly to Market Competition (California/Milbank Books on Health and the Public, 2008).

One of the first academic critics of health planning and certificate-of-need laws, Havighurst organized an early conference challenging their now-discredited regulatory premises at AEI in 1972, publishing the proceedings in 1974. He wrote critically of Professional Standards Review Organizations in 1975, arguing the need to confront "quality/cost trade-offs" in medical care rather than being concerned (as physicians tend to be) only with waste in the form of unnecessary, "flat-of-the-curve" medicine. He was also a critic of regulation in other forms and actively participated (while on a sabbatical in Washington in 1978-79) in the policy developments of that year, during which the federal government finally abandoned its regulatory agenda, tentatively embraced competition as a constructive force, and shifted responsibility for health care cost containment to public and private health plans. Since that time, he has continued to stress the potential virtues of decentralized decision making on health care issues.

Havighurst's work in the field of medical malpractice has been equally unconventional. In 1973, he proposed a still-discussed "no-fault" strategy for redressing medical injuries while strengthening incentives to improve treatment outcomes. Instead of legislative reforms of malpractice law, he has proposed "private reform" -- i.e., the use of private contracts to redefine patients' rights and providers' obligations. In work on practice guidelines and innovative health care contracts, Havighurst sought once again to free the health care field from centralized decisions and professional dominance and to widen the scope of consumer choice. His 1995 book, on "private contracts as instruments of health reform," can be read as an attack on the legal system for systematically undermining opportunities for consumers to specify the legal rules under which their health care will be provided. A 2000 article endorses enterprise (vicarious) liability as a means of making managed-care organizations ultimately responsible for the quality as well as the cost of care, thus allaying some of the criticism directed at such plans. In a 2002 article (“How the Health Care Revolution Fell Short”), Havighurst provided an extensive and highly critical review of developments in health policy since he first took an interest in them in the late 1960s. His 2000 article in Health Affairs provided an overview of health care law, emphasizing its haphazard development, inconsistencies, and incoherence on matters of economics and basic policy. In an autobiographical article published in 2004, he reviewed his “life and times in health care law and policy.”

Havighurst’s most recent project focuses on distributional issues in health care and his contention that the health care system unduly exploits ordinary premium payers for the benefit of elite interests, including the health care industry itself and high-income users of the health system. This large subject is explored in a 2006 symposium in Law and Contemporary Problems, in which he and Barak D. Richman authored the lead article, entitled “Distributive Injustice(s) in American Health Care.” More recent work develops this and similar themes in the context of the 2010 reform legislation. 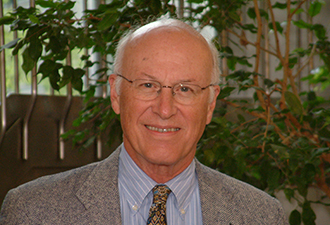