Holning Lau is the Willie Person Mangum Distinguished Professor of Law at the University of North Carolina School of Law, where he teaches International Law of Human Rights, Comparative Constitutional Law, and Family Law, and served as associate dean for faculty development from 2016 to 2018. At Duke Law, Lau is teaching Comparative Constitutional Law in the fall 2019 semester.

Lau’s current research examines international and comparative approaches to equality rights. He is co-editing the forthcoming Oxford Handbook of Constitutional Law in Asia. In 2018-2019, he served as an independent consultant to the International Commission of Jurists and the Danish Institute for Human Rights, supporting their work on sexual orientation and gender identity issues in Myanmar.

Lau joined the UNC faculty in 2009, after spending two years as an associate professor of law at Hofstra Law School, where he co-directed Hofstra's LGBT Rights Fellowship Program. Prior to joining the Hofstra faculty, he worked at UCLA School of Law's Williams Institute on Sexual Orientation and Gender Identity Law and Public Policy. He has served twice as a visiting fellow at the University of Hong Kong's Centre for Comparative and Public Law. In addition, Lau has worked for the Hong Kong Human Rights Monitor, Children Rights, and the law firm of Debevoise & Plimpton in New York. He is also a past president of the ACLU of North Carolina. 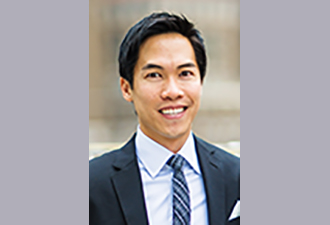