Charles Holton serves as Director of Duke Law School's Civil Justice Clinic, in which he teaches a seminar, mentors students in basic civil litigation skills, and oversees their handling of actual cases for clients who are not able to obtain adequate representation in the civil justice system, collaborating closely with lawyers from Legal Aid of North Carolina (LANC).

Established in 2014, the Civil Justice Clinic operates in partnership with LANC, where Holton is a former chair of the board of directors and a longstanding member of the local advisory committee for its Durham office. He was named Pro Bono Attorney of the Year in 2013 by the North Carolina Bar Association and received the 2012 Pro Bono Award from the national Legal Services Corporation.

Holton is president of the non-profit Caris Foundation, which provides education, housing, and health services in Honduras, Africa, and Durham. He currently serves on the Pro Bono Committee of the North Carolina Bar Association and is past chair of its Construction Law Section. He also serves as an arbitrator on the National Panel of Arbitrators for the American Arbitration Association and the American Health Law Association, and previously served on the North Carolina Equal Access to Justice Commission. He is the co-author of two publications: "Carolina Construction Law" and "Practical Legal Ethics in North Carolina," as well as various articles and seminar materials.

Holton worked as a litigator in private law practice for over 40 years, handling cases involving products liability, construction, unfair trade practices, and professional negligence defense. He has tried numerous matters in state and federal courts of North Carolina and appeared in the courts of Virginia, Georgia, New York, and New Jersey. 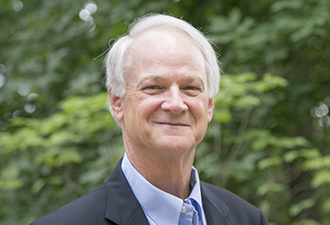