Ligon’s scholarship has appeared or is forthcoming in print and online law reviews and blogs, such as for the New York University Law Review, University of Illinois Law Review, and the Northwestern Law Review. Her research and writing focus on cutting edge issues in the media law and policy space, including with regards to social media regulation and defamation law. Ligon has also guest lectured on First Amendment law in the Summer Institute for Law, Language, & Culture (SILLC) and undergraduate workshops.

Ligon is a member of the Legal Network for Gender Equity, where she assists individuals seeking guidance on speaking openly and publicly about their experiences with sexual harassment while shielding against defamation concerns. She has been an invited national webinar speaker on defamation claims related to sexual harassment for the National Women’s Law Center.

Before joining Duke Law, Ligon was an attorney with Cahill Gordon & Reindel in New York City. She was a member of the firm’s litigation department, and her practice focused on First Amendment and media law matters. While in private practice, Ligon was honored by the Center for Appellate Litigation (CAL) for her work in helping its Books Beyond Bars project challenge proposed state packaging restrictions that would have prevented people incarcerated in New York prisons from receiving donated books by mail. Ligon’s extensive pro bono practice also included handling matters on issues related to reporter’s privilege, defamation, right of access, and other free speech concerns.

Ligon received her J.D. from Duke University School of Law, where she served as a Notes Editor for the Duke Law Journal, and her B.A. from Emory University. She is licensed to practice law in New Jersey, New York, North Carolina, and South Carolina. 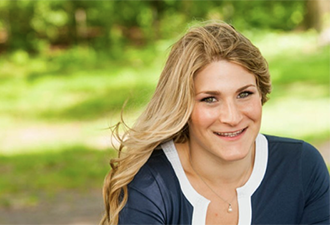