Thomas B. Metzloff
Professor of Law

Professor Metzloff is a native of Buffalo, N.Y. He earned his BA from Yale College in 1976 and his JD from Harvard Law School in 1979. He began his professional career with a judicial clerkship on the 5th U.S. Circuit Court of Appeals in New Orleans, followed by a clerkship with the Supreme Court of the United States. He then practiced with a private firm in Atlanta doing civil litigation matters before accepting a position at Duke Law School in 1985. He teaches civil procedure, ethics, and dispute resolution, as well as a specialized course on the American legal system for international LLM students. He has taught that course regularly at Duke's Geneva and Hong Kong summer institutes as well as at Tsinghua University in Beijing. He served as the Law School's senior associate dean for academic affairs from 1998-2001, and currently serves as a member of the executive committee of Duke University's Academic Council.

Professor Metzloff is also director of the Voices of American Law project. The goal of the project is interview the parties, attorneys, experts, and judges who were involved in the development of important Supreme Court cases dealing with key constitutional values (such as the First Amendment, privacy rights, property rights). The interviews are then used to create detailed documentaries that are being widely used in law schools and other educational settings to study constitutional rights and values.

Professor Metzloff also has conducted extensive research on the litigation system as it relates to medical malpractice disputes. For example, he conducted a major empirical study of court-ordered mediation in medical malpractice cases funded by the Robert Wood Johnson Foundation. Professor Metzloff is active in a number of professional activities. He has served as an advisory member to the North Carolina State Bar Ethics Committee, and also served on the North Carolina Supreme Court's Dispute Resolution Committee. 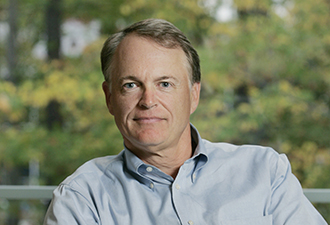