Lidiya Mishchenko’s primary academic interests are in the intersection of patent law, administrative law, and competition policy. She studies how the siloed nature of patent law makes it inaccessible to non-specialist attorneys, judges, and other participants, rendering the system more vulnerable to inefficiencies and manipulation. Her current research focuses on quantifying the poor notice function of patents and its effect on innovation and competition.

Prior to joining the Duke Law faculty, Mishchenko served as a law clerk to Judge Timothy B. Dyk of the U.S. Court of Appeals for the Federal Circuit and to Magistrate Judge Steven L. Tiscione of the U.S. District Court for the Eastern District of New York. Before clerking, she was a patent litigation associate at Jones Day in San Francisco, a patent prosecution associate at Fish & Richardson in Silicon Valley, and a technology specialist at WilmerHale in Boston. Mishchenko has drafted and prosecuted patent applications in U.S. and foreign jurisdictions for a variety of high tech, alternative energy, and university clients. She has also prepared substantive pre-trial motions and patent infringement and invalidity charts. 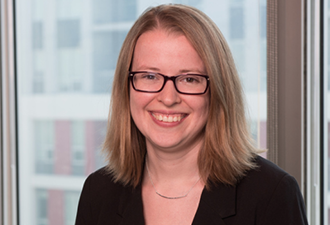