Peter A. Barnes recently retired from General Electric, where he was Senior Tax Counsel – International.  In that capacity, he supported GE and its affiliates on tax matters throughout the Asia-Pacific region and worked on global initiatives such as transfer pricing.  From 1994 to 1997 he was based in Hong Kong.

In addition to his appointment at Duke Law School, Barnes is a Senior Fellow at the Duke Center for International Development and of counsel to the Washington, D.C. law firm Caplin & Drysdale, Chartered.

Prior to joining GE in 1991, Barnes worked in the Office of Tax Policy at the U.S. Department of Treasury in Washington, D.C., concluding his period of service as U.S. deputy international tax counsel.  He earlier practiced as a tax attorney with Hughes Hubbard & Reed in Washington, D.C.

Barnes taught in the New York University Law School graduate tax program as an adjunct professor from 2011 through spring 2013.

Barnes received his undergraduate degree from the University of North Carolina-Chapel Hill and his JD from Yale University.  After law school he clerked for Judge Gerhard A. Gesell of the U.S. District Court for the District of Columbia. 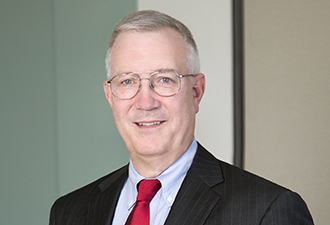