Jeffrey Peck is a principal of Peck, Madigan, Jones & Stewart, Inc., in Washington, D.C., where he heads the firm’s financial services and capital markets practice. Called one of the “leading Democratic lobbyists,” by the National Law Journal, his expertise includes the recently enacted Dodd-Frank Wall Street Reform and Consumer Protection Act, the Terrorism Risk Insurance Act, the Fair Credit Reporting Act, employee stock options and a range of other financial services issues. In addition, Peck has worked on numerous litigation reform issues, including the Private Securities Litigation Reform Act of 1995 and the Class Action Fairness Act of 2005.

Between 1987 and 1992, Peck served as general counsel and then majority staff director of the Senate Judiciary Committee, chaired by then Senator Joseph R. Biden, Jr. During his tenure at the Judiciary Committee, he played a leading role on four Supreme Court nominations (Bork, Kennedy, Souter, and Thomas), proposed constitutional amendments to ban flag burning, the Civil Justice Reform Act of 1990 and a number of intellectual property and antitrust issues. Between 1993 and 2000, Peck was the managing partner for government and regulatory affairs for Andersen Worldwide (the parent company of Arthur Andersen and Andersen Consulting). In that capacity, he managed a range of legislative and regulatory initiatives on behalf of the accounting profession. 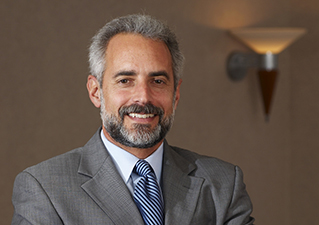