Daniel Rice’s primary academic interests are in U.S. constitutional law, constitutional history, judicial decisionmaking, and the mechanics of precedent. His current research focuses on the historical antecedents of modern doctrines, as well as judicial techniques of phasing out repugnant authorities that have never been formally abrogated or overruled. In prior work, Rice has explored the constitutional basis for territorial expansion, the history of Logan Act nonenforcement, the tiered nature of vagueness review, and historically grounded arguments for women’s equality. His scholarship has appeared (or is forthcoming) in the Virginia Law Review, the Harvard Journal on Legislation, the University of Pennsylvania Journal of Constitutional Law, the Yale Journal of Law & the Humanities, and the Duke Law Journal.

Before joining the Duke Law faculty, Rice was an attorney at the Institute for Constitutional Advocacy and Protection at the Georgetown University Law Center. His experience includes representing the City of Charlottesville in a landmark anti-paramilitary lawsuit, obtaining a substantial monetary settlement in a Fourth Amendment case against a school resource officer, successfully challenging barriers to court transparency, and serving as counsel to the U.S. House of Representatives in multiple matters. Rice clerked for Judge Sri Srinivasan of the U.S. Court of Appeals for the D.C. Circuit and Judge Christopher R. Cooper of the U.S. District Court for the District of Columbia. 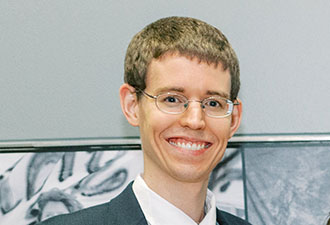