James Salzman is visiting Duke Law in the fall 2020 semester from the UCLA School of Law and the Bren School of the Environment at UC Santa Barbara where he holds joint appointments as the Donald Bren Distinguished Professor of Environmental Law. He formerly held joint appointments at Duke University as the Samuel F. Mordecai Professor of Law and Nicholas Institute Professor of Environmental Policy. In 12 books and more than 100 articles and book chapters, his broad-ranging scholarship has addressed topics spanning drinking water, trade and environment conflicts, policy instrument design, and the legal and institutional issues in creating markets for ecosystem services. A 2012 study by Phillips and Yoo ranked him as the fifth most cited environmental law professor in the field. There have been over 100,000 downloads of his articles.

A dedicated classroom teacher and colleague, Salzman was twice selected as Professor of the Year by Duke students. He frequently appears as a media commentator and has lectured on environmental policy on every continent. He has served as a visiting law professor at Columbia, Harvard, Stanford, and Yale as well as at universities in Australia, China, Israel, Italy, Portugal, and Sweden.

An honors graduate of Yale College and Harvard University, Salzman was the first Harvard graduate to earn joint degrees in law and engineering and was named a Sheldon Fellow upon graduation. He has both government and private sector work experience. Prior to entering academia, he worked in Paris in the Environment Directorate of the Organization for Economic Cooperation and Development (OECD) and in London as the European Environmental Manager for Johnson Wax. His honors include election as a Fellow of the Royal Geographical Society, as well as appointments as a McMaster Fellow and Fulbright Senior Scholar in Australia, a Gilbert White Fellow at Resources for the Future, and a Bellagio Fellow at the Rockefeller Foundation, among others.

He has published five casebooks, including International Environmental Law and Policy (with D. Zaelke and D. Hunter, 5th ed. 2015), the leading casebook in the field with adoptions at over 200 schools. His articles have appeared in the UCLA, California, NYU, Penn, Duke and Stanford Law Reviews, as well as other legal, scientific and popular journals. A national survey of environmental law professors has voted his work among the top articles of the year on seven separate occasions. Salzman has been active in the fields of practice and policy, serving as a Member of the Trade and Environment Policy Advisory Committee and the National Drinking Water Advisory Committees, government-appointed bodies providing high-level counsel to the EPA Administrator, as well as advising several environmental non-profits.

His most recent book, Drinking Water: A History, was praised as a “Recommended Read” by Scientific American and reviewed in the New York Times and Washington Post. It is now in paperback in its second edition. 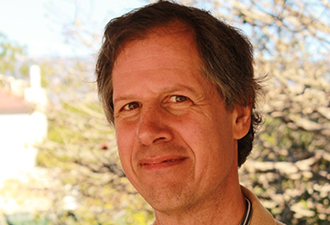