Sean Andrussier is the Director of Duke's Appellate Litigation Clinic, which handles federal appeals through briefing and argument in several federal circuits. He also teaches Appellate Practice. He has taught Legal Analysis, Research and Writing. He is the faculty advisor to the Moot Court Board and a member of the Clerkship Committee.

After law school, Andrussier clerked for Judge Karen LeCraft Henderson of the U.S. Court of Appeals for the D.C. Circuit, and for the late Judge M. Blane Michael of the U.S. Court of Appeals for the Fourth Circuit. He worked in D.C. for Theodore B. Olson (42nd Solicitor General of the United States) in the Appellate and Constitutional Law practice group of Gibson Dunn and Crutcher. Before that, he worked in D.C. at Hogan & Hartson (now Hogan Lovells).  When he joined the Duke Law faculty in 2009, Andrussier was a partner and co-chair of the appellate group of Womble Carlyle Sandridge & Rice (now Womble Bond Dickinson),  concentrating on constitutional law, appellate practice, and complex commercial litigation.

Andrussier is active in the bar.  He recently served, by appointment of the NC Chief Justice, a three-year term on the Chief Justice’s Commission on Professionalism, for which he also served on the Executive Committee.  He is a longstanding member of the Appellate Rules Committee of the NC Bar Association, which evaluates and crafts proposed amendments to the State’s rules of appellate procedure, and he has served as an elected member of the council for the NCBA’s Appellate Practice Section.  He is a member of the Council of Appellate Lawyers of the American Bar Association and serves on that organization’s pro bono committee. 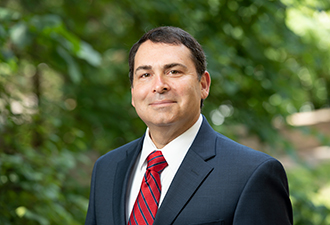