Sara Greene is a sociologist and legal scholar whose areas of expertise include consumer law, poverty law, housing, access to justice, qualitative research methods, and law and sociology. Greene uses primarily qualitative empirical methods to study the relationship between law, poverty, and inequality.

Sara Greene’s areas of expertise include consumer law, poverty law, housing law, tax, access to justice, and qualitative research methods. Broadly, Greene’s research uses interdisciplinary methods to better understand the relationship between law and inequality. Her recent work explores the connection between the use of personal data and economic insecurity in the United States. Two key projects involve investigating how gatekeepers understand and interpret the law related to personal data use when deciding how to allocate scarce economic resources, and how low-income victims of identity theft navigate the legal remedies available to them. Greene’s work has been published or is forthcoming in the Columbia Law Review, the New York University Law Review, the Duke Law Journal, and the Minnesota Law Review, among others. She has also published work in popular outlets such as The New York Times, Politico, and The Hill.

Greene received her B.A. in 2002 from Yale University, magna cum laude and with distinction. She received her J.D. in 2005 from Yale Law School, where she received the Stephen J. Massey Prize for excellence in advocacy and served as notes editor for the Yale Law Journal and articles editor for the Yale Law and Policy Review. She also served as chair of the student board of directors for the Jerome N. Frank Legal Services Organization and as student director in the Housing and Community Development Clinic. After clerking for Judge Richard Cudahy on the United States Court of Appeals for the Seventh Circuit, Greene focused on housing law and tax credit matters at the law firm Klein Hornig in Boston before beginning a Ph.D. program. She received her Ph.D. in social policy and sociology from Harvard University in 2014. 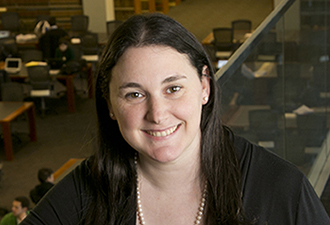