B.A., 1962, J.D., 1966, Boalt Hall, University of California, Berkeley. Professor Tigar was an associate and partner at Williams & Connolly and partner in his own firm, Tigar & Buffone. Since 1996, he has been associated in law practice with his wife Jane B. Tigar. He has been acting professor of law at UCLA, Joseph D. Jamail Chair in Law at the University of Texas, and holder of an endowed professorship at Washington College of Law, where he is professor emeritus. He has been a visiting professor at the Faculté de droit et des sciences politiques, Université Paul Cezanne, Aix-en-Provence.

He is author or editor of more than a dozen books, including Thinking About Terrorism: The Threat to Civil Liberties in Times of National Emergency, Fighting Injustice, Examining Witnesses (2d ed.), Persuasion: The Litigator's Art, and Law and the Rise of Capitalism (2d ed.). He has also written three plays and dozens of law review articles. 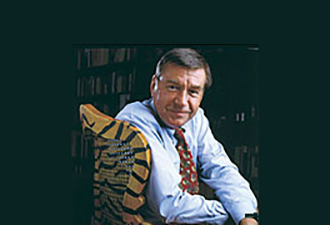 TigarBytes
Thoughts on justice and law