Jane Wettach is a clinical professor, directs the Children’s Law Clinic, and teaches Education Law at Duke Law School.  She is a frequent speaker on special education law, the “school-to-prison pipeline,” and other matters related to educational rights of children. She was honored by the North Carolina Justice Center in 2010 with its “Defender of Justice Award” in the area of litigation.

Professor Wettach joined the Duke Law faculty in 1994 after practicing poverty law for 13 years with legal aid offices in Raleigh and Winston-Salem, N.C., developing particular expertise in the law of government benefits.  She has argued cases in the U.S. Supreme Court and the North Carolina Supreme Court, as well as other appellate courts.  She was lead counsel in the appellate aspects of King v. Beaufort County Board of Education, which established the right of students in North Carolina to attend alternative school during a suspension in most cases. Prior to establishing the Children’s Law Clinic in 2002, she served as supervising attorney in Duke’s AIDS Legal Project and as an instructor in the Legal Analysis, Research and Writing Program.

Professor Wettach received her B.A. in journalism in 1976 and her J.D. with honors in 1981. She earned both degrees at the University of North Carolina at Chapel Hill. 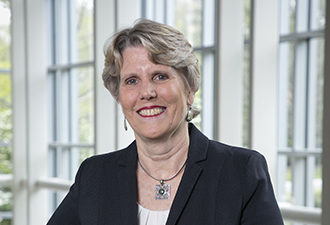