Miller joined the faculty at the law school in spring of 2007, when he co-initiated a course called Introduction to Law Office Technology with Kenneth J. Hirsh and Laura Scott. The course grew out of a paper that Hirsh and Miller published in 2004 in which they advocated the inclusion of legal technology in law school curricula.

Prior to coming to the Law School, he served in a variety of analyst and supervisory capacities at UCLA within the Humanities Computing Facility (now the Center for Digital Humanities). Before his years at UCLA, he spent two years as a Programmer/Analyst in UC Berkeley's Workstation Support Services.

Miller also served part-time on the faculty at UCLA as a visiting / adjunct assistant professor in the Germanic Languages Department. He has a PhD in German from UC Berkeley. 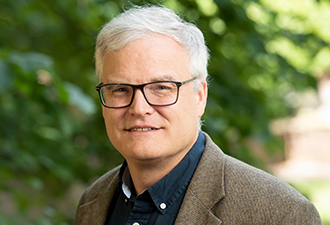