A native of Abilene, Texas, Professor Young joined the Duke Law faculty in 2008, after serving as the Charles Alan Wright Chair in Federal Courts at the University of Texas at Austin School of Law, where he had taught since 1999. He graduated from Dartmouth College in 1990 and Harvard Law School in 1993. After law school, he served as a law clerk to Judge Michael Boudin of the 1st U.S. Circuit Court of Appeals (1993-94) and to Justice David Souter of the U.S. Supreme Court (1995-96). Professor Young practiced law at Cohan, Simpson, Cowlishaw, & Wulff in Dallas, Texas (1994-95) and at Covington & Burling in Washington, D.C. (1996-98), where he specialized in appellate litigation. He has also been a visiting professor at Harvard Law School (2004-05) and Villanova University School of Law (1998-99), as well as an adjunct professor at Georgetown University Law Center (1997).

Elected to the American Law Institute in 2006, Professor Young is an active participant in both public and private litigation in his areas of interest. He has been the principal author of amicus briefs on behalf of leading constitutional scholars in several recent Supreme Court cases, including Medellin v. Texas (concerning presidential power and the authority of the International Court of Justice over domestic courts) and Gonzales v. Raich (concerning federal power to regulate medical marijuana). 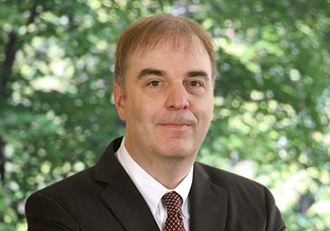