Melissa Boughton is the Senior Communications Specialist at the Center for Science and Justice at Duke Law. In her current role, she is primarily responsible for the Center’s internal and external communications, event planning, and its digital and media presence. Before joining the Center, Boughton spent nearly a decade as a journalist. She worked the courts and law beat at NC Policy Watch in Raleigh, and the crime and courts beats at The Post and Courier in Charleston, S.C.; The Winchester Star in Winchester, Va.; and The Kerrville Daily Times in Kerrville, TX. While reporting in Charleston, she covered the Emanuel church shootings and the police killing of Walter Scott. She was part of the team that was named a finalist for the 2016 Pulitzer Prize in breaking news reporting for coverage of Scott’s death. Boughton is a 2010 graduate of the Mayborn School of Journalism at the University of North Texas. Outside of the Center, Boughton serves a volunteer Guardian Ad Litem in Durham. 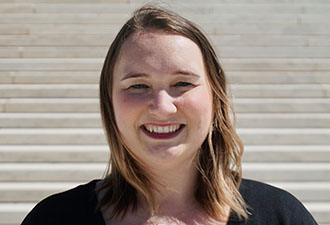