Andrew Park leads communications and marketing at Duke Law School and advises administrators, faculty, and staff on strategies for publicizing and promoting programs, events, and people.

Andrew joined Duke Law in 2013 from Information Services Group, a publicly traded business and technology consulting firm, where he was Director of Global Communications and Branding. A former journalist, he has been a staff writer for BusinessWeek and a reporter for the Austin American-Statesman and The (Raleigh) News & Observer, and his writing has also appeared in The New York Times, Wired, Slate, Salon, Fast Company, Inc., and other publications. He is the author of Between a Church and a Hard Place: One Faith-Free Dad’s Struggle to Understand What It Means to Be Religious (Or Not) (Avery/Penguin, 2010).

Andrew received his BS in international politics, cum laude, from the Georgetown University School of Foreign Service, and his MA in journalism and mass communication at the University of North Carolina at Chapel Hill. He is the founder and editor-in-chief of The New New South, a publisher of longform multimedia journalism, and has taught digital publishing at Duke's Center for Documentary Studies. He serves as vice president of the Journalism Alumni and Friends Association at UNC-CH, and is a member of the American Council on Germany. Andrew lives in Chapel Hill with his wife, Cristina Smith, and their two children. 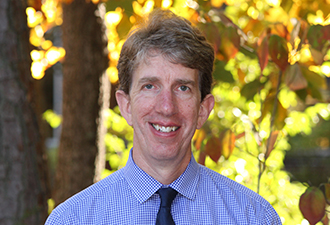