Amelia Ashton Thorn is assistant director for special projects at the Bolch Judicial Institute. In her role, she designs educational programming for state and federal judges and serves as the articles editor for Judicature, the Institute’s scholarly journal about the administration of justice. She was previously the inaugural Bolch Judicial Institute Fellow. Amelia clerked for Justice Don R. Willett of the Texas Supreme Court (now of the United States Court of Appeals for the Fifth Circuit) as well as for Judge Harry T. Edwards of the United States Court of Appeals for the D.C. Circuit. She subsequently worked as an associate at Williams & Connolly and Crowell & Moring, as well as an assistant general counsel at the American Chemistry Council, one of the nation’s oldest and largest trade associations. She has substantial publishing experience, having worked as a writer and editor prior to law school, including acting as editor-in-chief for a magazine with a circulation of more than 70,000. She graduated magna cum laude from Duke Law, where she headed all student publication as the Senior Notes Editor of the Duke Law Journal and was a recipient of the Justin Miller Award. Amelia received her Bachelor of Arts from Stanford University with university distinction and departmental honors. She has been published in law reviews, magazines, and poetry journals. 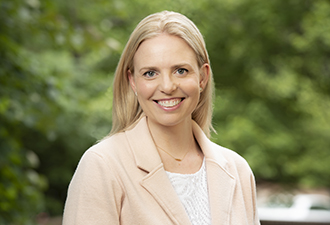