James D. Cox, the Brainerd Currie Professor of Law, specializes in the areas of corporate and securities law.  In addition to his texts, Financial Information, Accounting and the Law; Corporations and Other Business Organizations; Cases and Materials (with Eisenberg) and Securities Regulations Cases and Materials (with Hillman & Langevoort) and his multi-volume treatise Cox and Hazen on Corporations, he has published extensively in the areas of market regulation and corporate governance, and has testified before the U.S. House and Senate on insider trading, class actions, and market reform issues.

Cox’s memberships have included the American Law Institute, the ABA Committee on Corporate Laws, the NYSE Legal Advisory Committee, the NASD Legal Advisory Board, and the Fulbright Law Discipline Review Committee. In 2009, he was appointed to the Bipartisan Policy Center's credit rating agency task force and most recently was a member of the Center’s Capital Market Task Force. Since 2009 he has been a member of the Standing Advisory Group for the Public Company Accounting Oversight Board. In 2001 he was awarded an Honorary Doctorate of Mercature from the University of Southern Denmark for his work in international securities law.  Cox and Hazen on Corporations won the Association of American Publishers National Book Award for Best New Professional/Scholarly Legal Book for 1995. He served as a member of the corporate law drafting committees in California (1977-80) and North Carolina (1984-93). 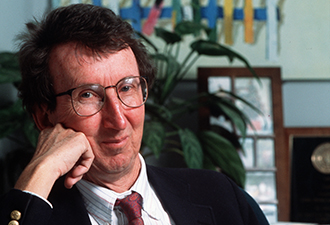