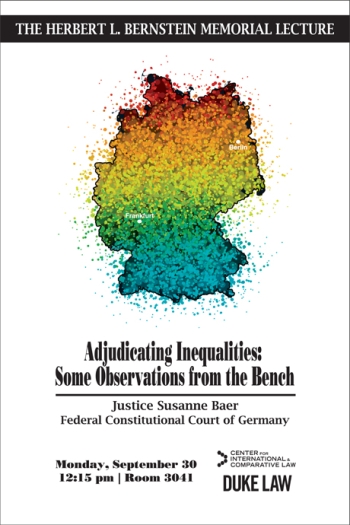 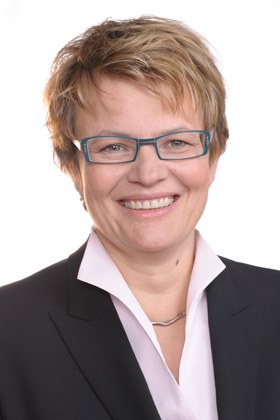 Justice Susanne Baer of the Federal Constitutional Court of Germany will deliver the 2013-2014 Bernstein Memorial Lecture titled “Adjudicating Inequalities: Some Observations from the Bench.”  The lecture is co-sponsored by the Center for International & Comparative Law. Lunch will be provided.

In constitutional jurisprudence as well as in human rights law, social inequalities pose particularly complicated questions. Equal protection of the laws is a cornerstone of constitutionalism, yet equality as a substantive right against inequalities is a more controversial item on the list of fundamental rights, albeit enshrined in every major constitution and human rights treaty today. Justice Baer will talk about the jurisprudence of the German Constitutional Court as a Justice participating in decision-making, and also from the perspective of feminist, queer and anti-racist legal studies. In addition, she will explore the value of comparative constitutionalism for adjudication today.

Dr. Susanne Baer is a Justice of the Federal Constitutional Court in Germany (First Senate) and a tenured Professor of Public Law and Gender Studies at Humboldt-University of Berlin since 2002. She has taught for 10 years at CEU Budapest and became a James W. Cook Global Law Professor at the University of Michigan Law School in 2010. Over the years, she has participated in feminist projects against domestic violence, sexual abuse and discrimination, directed the GenderCompetenceCentre to advise the German government on gender mainstreaming strategies, and initiated the Law and Society Institute LSI Berlin and the Humboldt Law Clinic.

Publications in English include: