In discussions at the UN the Organization of the Islamic Conference (OIC) and its member states have altered the way that they present the relationship between Islam and human rights. For years they followed the route of demanding exceptions to international human rights law based on their need to follow conflicting principles of Islamic law. However, more recently they have decided to change tactics. Instead of appealing to Islamic law to justify noncompliance with human rights, as occurred when many governments claimed that Islamic law precluded their compliance with the Women’s Convention, governments are asserting that they aim to enrich human rights by promoting the values of culture and religion, which are currently often referred to as “traditional values.” They are not alone in this endeavor. Muslim countries joined in support of the 2009 Russian resolution in the UN Human Rights Council on “Promoting human rights and fundamental freedoms through a better understanding of traditional values of humankind,” which is indicative of a current trend to assert that human rights universalism can coexist with cultural particularisms. In practice, the OIC and its members may still aim to exploit culture and religion to curb human rights, but their arguments have been significantly adjusted. 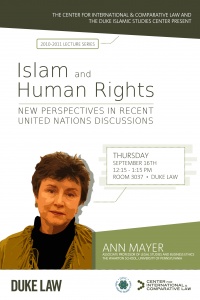