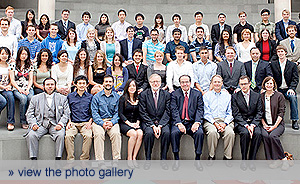 Justice Antonin Scalia of the U.S. Supreme Court (seated front row, center, between Professor Richard Schmalbeck at left and Professor Thomas Metzloff at right) is co-teaching a course on Separation of Powers at the Duke-Geneva Transnational Institute. Associate Dean Jennifer Maher ’83 is on the far right. 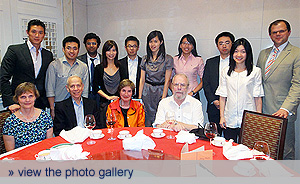