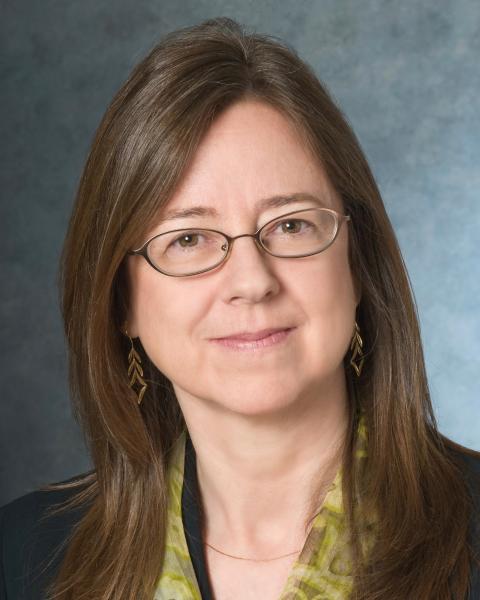 Alexandra Korry’s early career aspirations centered on journalism and politics. During college she served as managing editor of the Harvard Crimson, worked for Ralph Nader’s Pension Rights Center and U.S. Sen. Daniel Patrick Moynihan, and then spent a summer at The Washington Post followed by a year in London studying international relations and working for Newsweek on the side.

Her main interest in Big Law, Korry says, was as a means to pay off her student loans. So no one was more surprised than she to get hooked on mergers and acquisitions on her very first deal as a 2L summer associate at Sullivan & Cromwell in New York.

“I vividly remember sitting in a room with a bunch of senior people on this deal and one of them turned to me and said, ‘What do you think, Alexandra?’” she recalls. “I was floored that I would be asked for my view. I realized it was very collaborative, it was very strategic and fast-paced, and I’m a bit of an adrenaline junkie. It was for me.”

Korry, who returned to Sullivan & Cromwell after her Duke Law graduation, was running her own deals by her third year at the firm. A partner since 1993, she has risen to become a leading M&A lawyer and one of a handful of senior women practitioners in the field, advising on a diverse range of deals in a host of industries, from technology, media and financial services to energy, retail and commodities. She also teaches a course on public takeovers at Columbia Law School and recently stepped down from chairing the New York City Bar Committee on M&A. “I have found my practice and outside activities really fun and engaging and I’ve never been bored,” she says.

Throughout her career, Korry has worked to build a supportive culture for women at her firm. She’s also maintained her commitment to social justice through an active pro bono practice and leadership posts with such organizations as the New York State Advisory Committee to the U.S. Commission on Civil Rights and the Harlem Educational Activities Fund.

“I try to do good for society on the outside and I think everybody who is privileged enough to be in Big Law has an obligation to give back,” says Korry, a former member of the Duke Law Board of Visitors. “The outside activities I’m involved in are a means to give back, and I believe that with time and talent and energy you can really effect change.”

Crafting a practice for a curious mind

Korry has deliberately stayed a generalist in M&A, finding that a varied practice has allowed her to feed her curiosity about the world through exposure to different businesses. Her transactions have included: advising Fifth Third Bank in the formation of Vantiv as a joint venture and in the Vantiv/Worldpay merger; Microsoft in its investment in the then fledgling Roadrunner portal and its attempted acquisition of Yahoo!; Adelphia Communications in its bankruptcy sale to Time Warner and Comcast; and UBS in a range of private principal transactions as well as in its capacity as financial advisor to public companies.

“It’s interesting to me how they convert cow dung into energy on German farms, and it’s interesting to see how wireless access points work,” she says, referring to some of the deals she has brokered. “I like a varied practice so that I not only face new legal issues but I also meet different people and learn about how they approach issues, and how their companies run.”

M&A, adds Korry, involves a lot of problem solving. “You’re really half business person and half lawyer. So I like my practice to involve as many skillsets as possible because it makes my advice better and makes it more interesting for me.”

Korry entered her field and arrived at her firm at a time when both were male dominated; in her early years she often was the only woman on a deal team. And when, as a freshly minted partner, she had her first child with husband Robin Panovka ’86 — whom she met at Duke Law — S&C lacked the well-developed maternal-leave policy it now has in place. So Korry laid out her boundaries to her principals.

“I said, ‘Listen, I don’t know what I’m capable of but there’s no way I can do what I did before and do what I want to do as a mother,” she says. “‘If you want me to resign I will, but otherwise we’re just going to have to figure out something that will work for both of us.’ I was very forward about it and to its credit, the firm was very flexible in return.”

Partly because of her advocacy, the firm now has well-institutionalized policies dealing with personal leave and flexibility for employees reintegrating back into work life.

“I say this to young associates all the time: ‘You have to design a career that works for you. You have a lot more power than you understand,’” says Korry, whose two daughters, Rebecca and Sarah, are now young adults.

Working to right the wrongs

Korry expanded her volunteer work and pro bono practice as she rose in seniority at S&C and her children became more independent. Her deeply engrained sense of justice originates, she says, in a childhood spent primarily overseas, while her father served as U.S. ambassador to Ethiopia and Chile during the Kennedy, Johnson, and Nixon administrations. Korry’s “very enlightened” parents made sure she and her siblings engaged with the local cultures; in Ethiopia, for example, they refused to let their children attend the American school when they arrived because of its refusal to enroll Ethiopians. By the time the family returned to the U.S. when she was 12, Korry says she viewed the country as a different, even foreign, culture.

“It really made me appreciate all the opportunities that exist here — how fortunate we are, and how unfortunate certain segments of our community are,” she says. “This is not a society in which we have equality of opportunity, and I feel very strongly about doing my piece to try to correct that.”

Deeply committed to education and civil rights, she is a board member and former chair of the Harlem Educational Activities Fund, which helps underprivileged but high-potential youths enter New York City’s most competitive high schools and prepares them to attend four-year colleges. Korry leads a legal program that guides students through mock negotiations and a case they “argue” before a judge of the Second Circuit Court of Appeals.

“There’s a huge gap between kids who are in some of these schools and the opportunities my kids have,” Korry says. “We have to do something really big globally to correct the inequity but I’m trying to do it on a small scale too.”

As chair of the New York State Advisory Committee to the U.S. Commission on Civil Rights, Korry has worked to spotlight issues involving criminal justice and civil rights. In March 2018, the committee presented a report on the disproportionate effects of “broken windows” policing on minorities in New York City. And in 2014, the group released an investigation of juveniles subjected to solitary confinement in New York City jails, including the notorious Rikers Island complex.

During a visit to Rikers, Korry says she was horrified to see a row of inmates under age 21 serving up to six months in solitary confinement. It’s something she believes more Americans should witness.

“Most New Yorkers have no idea what happens on the inside,” she says. “As a society, we aren’t exposed to that on a day-to-day basis, where it would actually hurt us to see that. It’s too easy to become immune or inoculated against any of these things. But we should be more aware of how other people are living.” The committee’s work helped convince New York City officials to ban solitary confinement for inmates under age 22.

“My own view is that nobody should be subjected to solitary confinement,” Korry says. “It is, to me, cruel and unusual punishment. We were part of the process that helped get New York City to raise the age. That, I think, was a pretty significant step.”

Along with other female partners, Korry continues to build opportunities for women at her firm and in her field by providing advice, accommodating scheduling needs and helping them to build their own practices.

She is gratified, she says, to now see at least one other woman at the table on most deals, and by the “huge” progress women have made in law overall since her early days in practice. “It has been somewhat transformative for women over my career, and I like to think that I helped to pave the way for that, but we’re not anywhere near where we should be,” she says. “We’re nowhere near parity.”

Large firms still do poorly at retaining women, who represent less than 20 percent of equity partners at the top 200 U.S. private law firms and make up just five percent of Fortune 500 CEOs, according to recent surveys. Faced with difficult choices regarding work-life balance, Korry says, some women opt out. But in her experience, it’s simply more difficult being a woman in a man’s world.

“There was and is today still a presumption that women are not as smart, not as capable, not going to be able to lead us through the transformation of our company,” she says. “It is a rebuttable presumption, but it is still a presumption and you have to work really, really hard at rebutting it.”

That’s easiest to do when one’s work feels like play, she says. “I never set my sights on becoming a partner. It happened because I was enjoying what I was doing.”

Korry advises all law students and associates to gravitate towards their areas of genuine interest — and to “learn to pivot” because some jobs will gradually disappear due to advances in technology. “But I always tell associates, ‘It’s your choice to shape your own career. Live your life the way you want to and not the way others think you should. Choose what you want to do based on the fact that you enjoy it. And if you’re not enjoying it, leave.’” — Jeannie Naujeck