Almira Moronne came to Duke Law School with a longstanding interest in natural resource preservation and a love of travel, but few expectations that the two would mesh as she prepared for a career in law.

The California native credits Professor James Salzman, an expert in environmental law and policy, with helping her understand that her environmental interests could drive her legal career.

“I thought his property class would be the driest course of my 1L year, and my understanding of environmental law was that it would be nothing but paperwork — regulatory drudgery,” she recalls. “The first week we read articles about whaling, and oyster beds, and lobster fisheries. When I realized that natural resources could be part of a property class, I was left with a totally different perspective. I didn’t realize that when you get to read about things that engage you, it’s not drudgery.”

Moronne spent the first half of her 1L summer in Himachal Pradesh in northern India, studying international environmental law, international human rights, and Indian and Tibetan legal philosophy through a summer program run by Touro College’s Fuchsberg Law Center and the National University of Juridical Sciences in Calcutta. She spent the rest of the summer as a Stanback Fellow, analyzing environmental policy legislation for the North Carolina Conservation Network.

Since then she has advanced her knowledge of Indian environmental issues through her note for Duke Law Journal, which focused on environmental non-governmental organizations (NGOs), and through an interdisciplinary competition focusing on water and sanitation in India.

In her note, titled “Standing on Their Own: Environmental NGOs and Public Interest Environmental Litigation in India and China,” Moronne compared the legal and policy contexts facing environmental non-governmental organizations in India and China. “Those are two of the most important developing nations in the climate-change scenario, and they’re very differently situated, even though they’re neighbors,” she says.

“I wrote what I hope will be used as a handbook for foreign NGOs that operate in those countries, or that work with NGOs from those countries, because you cannot import your assumptions about civil society in the U.S. to either country,” she says. “Obviously in China, it’s much more restrictive — you can’t have an NGO without sponsorship from a government agency. But in India, they have even more freedom than they have here, because any NGO or individual can bring a case before the Supreme Court for violation of a fundamental right, and the right to a clean environment has been held to be a fundamental right under the Constitution.”

To gain practical experience in addressing international environmental problems, Moronne is currently working with an interdisciplinary team of students to design a sustainable business model for sanitation in Mumbai; she is even taking a civil engineering course required to work on the problem. As competitors in the Acara Challenge sponsored by the Acara Institute at the University of Minnesota’s Institute on the Environment, Moronne and her teammates — three Duke undergraduates and four students from IIT-Bombay — are competing to develop a business plan for eventual implementation in India.

Along with nine classmates in a student-designed ad hoc seminar on international human rights, Moronne spent her March study break in Brazil, studying the land-titling process for Afro-Brazilian communities known as quilombos. Moronne says she paid special attention to the environmental aspects of their situation.

“The Alto da Serra quilombo, the group we were working for, is involved in a watershed protection program, through which the Brazilian government pays people who occupy headwaters areas to take care of the rivers, because they reach so many people downstream,” she says. “I was very interested to learn how the community interacted with the government and NGOs on issues of environmental protection.”

Moronne has secured a second Stanback Fellowship to spend her 2L summer at the Natural Resources Defense Council in Washington, D.C., after which she will spend the fall 2010 semester studying and working in environmental law and policy through the Law School’s Duke in D.C. program.

“I hope to get an externship at an NGO or at a governmental or inter-governmental organization like the State Department, the World Bank, or a similar institution,” she says.

Clear that she wants to work in international natural resources law and policy after she graduates from Duke, Moronne is less clear on where — Brazil, India, or somewhere new. “I like to go to places where I’ve never been, and there are a lot of interesting natural resource issues in Africa,” she says. 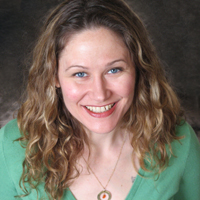