“I didn’t come to law school to be a lawyer,” she says. “I came to be a human rights activist.”

McRae began her undergraduate experience at Carleton College in Northfield, Minn., intending to major in physics, but a desire to learn about the world beyond her native Kansas and the events of Sept. 11 changed her plans. “My second day of freshman year was Sept. 11, 2001,” she says. “I was already in this crazy new situation, trying to figure out what I wanted to do. When that happened, I think it opened my eyes to politics, in particular, but also to the rest of the world.” McRae says she intentionally took classes about the history and culture of other countries and developed a penchant for travel that led her to study abroad in China, Vietnam, Thailand, Turkey, the Netherlands, and Belgium.

After graduating with a degree in international relations, McRae became an AmeriCorps VISTA member, dividing her time between two organizations: Minnesota Advocates for Human Rights (MAHR) and the Immigrant Law Center of Minnesota. The former confirmed her desire to attend law school, while the latter gave her the tools to jump into pro bono work at Duke Law when she arrived.

At MAHR, McRae saw lawyers involved in various international human rights issues, from drafting domestic violence laws in Tajikistan and Hungary to setting up the Truth and Reconciliation Commission in Liberia. “International human rights brought this interest in travel and going to places to learn about them to a level where I could get my heart and my passion to help people involved, too,” she says.

At the Immigrant Law Center of Minnesota, McRae helped develop the curriculum for an immigration education project. She brought the materials with her to law school after learning that North Carolina has the fastest-growing immigrant population in the country. On the second day of her 1L year, she knocked on the door of the Public Interest and Pro Bono Office to ask if the School did any immigration education work and, if not, could she start something?

Two years later, students participating in the Duke Law Immigration Education Project visit English as a second language (ESL) classes at area schools and community colleges to give hour-long presentations about immigration law and civil rights issues. “We try to cover a broad range of issues in an hour,” McRae says. “First, we give the basics of immigration. Where do you go to apply for visas? What do the immigration and customs enforcement people look like? What are the different kinds of immigrants and what are the differences? How do people get green cards and how do you become a citizen once you get [one]?”

The presenters also discuss the risks of deportation and the rights immigrants have, including the right to emergency medical care, the right to go to public schools and be safe while they are there, and what immigrants can and should do if they become a victim of crime, she says.

In addition to leading the Immigration Education Project, McRae has served as a co-chair of the Duke Law ACLU; was recently elected co-chair of Duke’s Public Interest Law Foundation; co-coordinates the Human Rights Working Group, a university-wide graduate student group; and co-founded Duke’s International Human Rights Law Society, an organization dedicated to presenting issues pertinent to the public side of international law to Duke Law students and faculty. She spent her 1L summer with the AIDS Legal Project and is traveling to Nepal this summer to work with The Advocacy Forum, a nonprofit human rights organization.

“I don’t think I could be someone who just went to class and went home,” McRae says. “When I am at a place where there are so many opportunities to take advantage of, I feel like I should do it.” She notes that she sees an increasing number of students coming to law school with public interest work in mind and that Law School administrators have proven supportive and enthusiastic about the field.

“I think this is a really exciting time to be here,” she says. “There is so much going on in the world right now; so many people out there could use a good lawyer.” 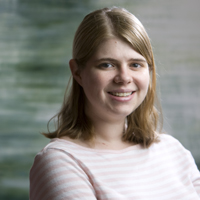 "I didn't come to law school to be a lawyer. I came to be a human rights activist." —Amanda McRae '09