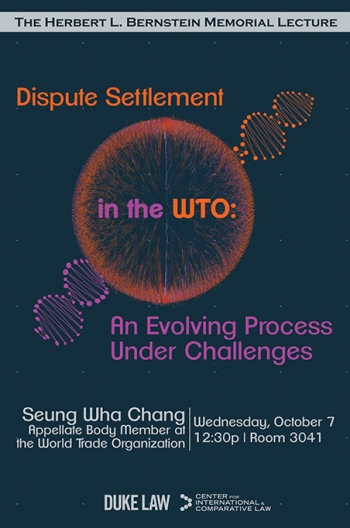 Dispute Settlement in the WTO: An Evolving Process Under Challenges

Seung Wha Chang, Professor of Law at Seoul National University and one of the seven Members of the World Trade Organization’s Appellate Body, will deliver the Annual Bernstein Lecture in Comparative Law titled "Dispute Settlement in the WTO: An Evolving Process Under Challenges."  The lecture is co-sponsored by the Center for International & Comparative Law.  Lunch will be provided.