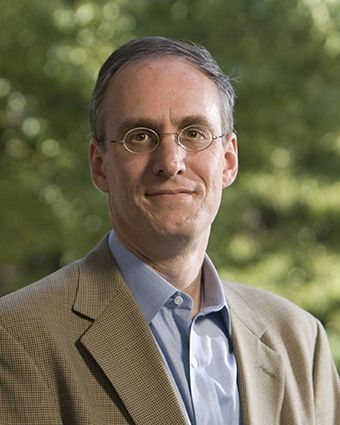 The Oxford Handbook of Comparative Foreign Relations Law, edited by William Van Alstyne Professor of Law Professor Curtis Bradley, is being honored by the American Society of International Law (ASIL) with its inaugural Robert E. Dalton Award for Outstanding Contribution in the Field of Foreign Relations Law.

Published in 2019, the handbook includes scholarship resulting from a series of conferences Bradley organized with leading international experts to lay the groundwork for comparative foreign relations law as a new area of teaching and study. He was supported in doing so, in part, through his receipt, in 2016, of an Andrew Carnegie Fellowship and accompanying award from the Carnegie Corporation of New York.

The volume of almost 900 pages is divided into sections that offer a mix of theory, comparative empirical analysis, and country-specific case studies on such topics as entering into and exiting treaties, using military force, extending or refusing immunity to foreign governments and their officials, the impact of federalism on foreign affairs, and the practices of non-nation, supranational bodies like the European Union. It was hailed as a seminal and highly innovative reference work on publication. (Read more.)

ASIL created the Dalton Award in 2020 through a gift from the Dalton Family to honor the life and work “a legendary public servant at the U.S. Department of State and a beloved member of the Society for more than 50 years,” according to ASIL executive director Mark D. Agrast. The selection was made on the recommendation of the society’s Book Awards Committee. The award will be presented during ASIL’s 115th Annual Meeting, which will be held virtually in March.

“Robert Dalton had a long and storied career in the State Department, and it is an honor to have the book connected to his memory,” said Bradley, who is also a professor of public policy studies. 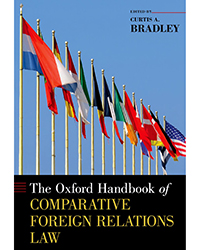 Bradley served as a reporter on the American Law Institute’s Restatement of the Law Fourth, The Foreign Relations Law of the United States, published in 2018 and is a longtime member of the Secretary of State's Advisory Committee on International Law.