Associate Justice Samuel A. Alito, Jr. has selected Hunter Bruton ’16 as a clerk for the upcoming term of the Court. 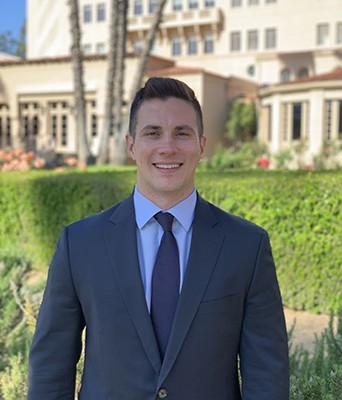 Bruton, who is currently a Bristow Fellow in the U.S. Department of Justice, will begin his clerkship in July. He will be the fourth Duke Law graduate to clerk for Justice Alito.

“It’s a great honor and it’s hard to put into words how much it means to me to have this opportunity,” said Bruton, who first met the justice in his third year at Duke Law when he took his seminar, Current Issues in Constitutional Interpretation. “I was very excited when I heard about the opportunity to clerk for Justice Alito. I’m really looking forward to working in chambers and think he’s going to be a great justice to learn from.”

Prior to beginning his yearlong fellowship in the Office of the Solicitor General, where he focuses on government appellate work, Bruton clerked for Judge Ellen Huvelle on the U.S. District Court for the District of Columbia and also spent time in the chambers of her colleague, Judge Thomas Hogan. He earlier clerked for Judge Allyson K. Duncan ’75 of the U.S. Court of Appeals for the Fourth Circuit.

“Since graduating from Duke Law, Hunter has garnered a stellar range of experience in litigation and appellate litigation in particular,” said Kerry Abrams, the James B. Duke and Benjamin N. Duke Dean of the School of Law. “His career trajectory is a testament to his superior legal intellect, superb research and writing skills, a readiness to absorb feedback, and really hard work. It is gratifying to know that the instruction and support he received at Duke Law School has played a role in helping him achieve his goals.”

One of Bruton’s faculty recommenders, Lanty L. Smith ’67 Professor of Law Joseph Blocher, said being selected for a Supreme Court clerkship is a well-deserved honor for his former student. “Hunter has a remarkable combination of smarts and tenacity,” said Blocher. “Having him in class was always a pleasure because of his wide ranging and insatiable curiosity. I have no doubt that he’ll be a wonderful clerk.”

Bruton said he is grateful to the three judges he clerked for and his DOJ mentors for supporting and encouraging his application to clerk for Justice Alito. He added that he is similarly grateful for the help he has received from faculty and administrators at Duke Law, including David F. Levi, the Levi Family Professor of Law and Judicial Studies and director of the Bolch Judicial Institute, who stepped down as dean last June. He called Duncan and Judy Hammerschmidt, who was the Law School’s clerkship coordinator during his first and second years, his biggest advocates. “They have stayed on top of me, always helping push me to the next level.”

Bruton’s fellowship has required him to handle a wide range of work on a variety of appellate cases: helping to draft the government’s merits briefs in Supreme Court cases as well as its petitions supporting or opposing certiorari, preparing recommendations to the solicitor general regarding government appeals in the lower courts, assisting with oral argument preparation for the Supreme Court, and arguing a case before the Ninth Circuit Court of Appeals.

“The work is different from that in my clerkships in that it comes from the advocacy position,” he said. “As a clerk, to a great extent you are distilling the parties’ arguments down into something easily understandable, doing extra research, and trying to balance all the considerations. In the Solicitor General’s Office, you’re doing that, but you’re writing with a party’s view in mind.”

Undertaking the research and drafting for all of the merits cases for the term and certiorari-related briefs in civil and criminal cases has been “extremely interesting and a humbling learning opportunity,” Bruton said, as has working on appeal recommendations that come to the Solicitor General’s Office when a U.S. attorney wants to appeal an adverse lower-court decision. “We primarily help with the criminal side of that docket, but it’s a great opportunity because you get to dive deeply into one or two legal issues in a much shorter time span than you would have in drafting and preparing for argument. It’s a good opportunity to work with people outside the SG’s Office.”

He said it has been a particular privilege to work with everybody in the office in the course of his fellowship, including Solicitor General Noel Francisco, the principal deputy, and all the other deputies and assistants. “As fellows, we’re here to help and make everyone’s job easier, but they also take a great deal of time to mentor us and develop us as young appellate lawyers.” Bruton said he has also benefitted from participating in the rigorous moots that precede all appellate and Supreme Court arguments and hearing pitches from outside litigants — both petitioners and respondents — who seek government amicus support for their appellate cases.

Arguing an appeal before the Ninth Circuit has been a highlight of his Bristow Fellowship, Bruton said. “I have a strong interest in the Fourth Amendment, so Eric Feigin, the assistant who supervises the Bristow Fellows’ arguments, helped secure an appeal with a fascinating Fourth Amendment issue after a District Court granted a suppression order. I had principal drafting authority for the opening and reply briefs and then argued the case in Pasadena. It was a great experience and a rare opportunity for somebody so early in their career.” His two hour-long moots before departmental assistants ensured that he was well prepared for his argument, he added. A decision in the case is pending.

While each of his positions since graduating has demanded excellent legal writing skills, Bruton, who was a notes editor on the Duke Law Journal said it is a craft he had to conscientiously develop during law school, when he made sure that each semester he had a class or independent study project that involved drafting appellate briefs, legal scholarship, or judicial writing, and since.

“Judge Duncan is an amazing writer, and she spent a lot of time explaining to her clerks exactly what she was looking for, exactly what she believed to be the hallmarks of good legal writing,” he said. “That is something I’ve carried through my clerkships and jobs.”

But while the Court of Appeals had a deliberative pace with a relatively low number of bench memoranda and opinions due each sitting, District Court demands were different, he said. “In the District Court you have to get out orders every day, for example, a temporary restraining order or a preliminary injunction opinion. You can’t workshop them for a couple of months — they have to get out the door. It helped me develop my writing abilities in a short time frame.”

And in his fellowship, Bruton, who has published three law review articles since graduating from Duke Law, said he is privileged to be learning by example from some of the best lawyers in the country.

Bruton’s current career interests lie in appellate advocacy, his goal even when he arrived in the nation’s capital to clerk on the U.S. District Court for the District of Columbia. “‘DDC’ is almost like an appellate court with the volume of administrative work and motions work that it handles,” he said. “So appellate advocacy was on my mind even before the Bristow.” He is mindful, however, of advice he’s received from various mentors: “Have a career path and an idea, but don’t turn down interesting work. It’s a lot more about who you work for than it is what you’re doing, especially early in your career.

“I can’t think of better opportunities than the Bristow Fellowship and working for Justice Alito. I’m open and looking forward to what happens from there.”