Bruton ’16 selected for Bristow Fellowship in Department of Justice 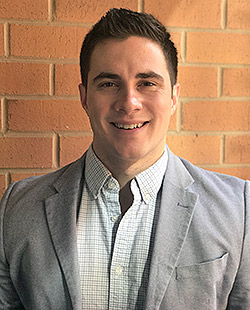 Hunter Bruton ’16 has been selected as a 2018 Bristow Fellow in the U.S. Department of Justice. During his yearlong fellowship, which will begin in July, he will work in the Office of the Solicitor General, drafting briefs for Supreme Court cases, preparing recommendations to the solicitor general regarding government appeals in the lower courts, and assisting with oral argument preparation for the Supreme Court.

“It’s a tremendous honor, and for someone interested in appellate law, it feels like winning the Super Bowl,” said Bruton, who is currently clerking for Judge Ellen Huvelle on the U.S. District Court for the District of Columbia, after completing a clerkship with Judge Allyson Duncan ’75 of the U.S. Court of Appeals for the Fourth Circuit. “The Office of the Solicitor General employs some of the best legal minds in the country, and they’re working on some of the most interesting cases. I think I’ll be able to learn from the best in a way that can’t be replicated anywhere else.”  He credits his clerkships and support from numerous professors and mentors at Duke Law—Dean David F. Levi and former Director of Judicial Clerkships Judy Hammerschmidt among them—with helping him attain the prestigious fellowship, which is usually given to only four lawyers each year.  “It’s a result of luck and a lot of other people helping out, and it also validates a lot of my hard work,” he said.

Professor Joseph Blocher, one of Bruton’s recommenders for the fellowship, called him “a clear thinker, an excellent writer, and totally dedicated to mastering legal intricacies.”

“I know that he will be a superb Bristow Fellow,” Blocher said.

Bruton became interested in appellate and administrative law at Duke Law, and pursued the skills that he thought would facilitate success in those areas. He closely followed the advice of Sara Beale, the Charles L. B. Lowndes Professor of Law, for whom he worked as a research assistant after his first year, to hone strong legal writing skills, making sure that each semester he had a class or independent study project that focused drafting briefs for appellate work, legal scholarship, or judicial writing.

“Much of what I’ve done to this early stage in my career, is really just making sure that I’m communicating everything in a succinct and easy-to-understand manner,” he said, adding that Judge Duncan demanded clarity and precision from her clerks.

“She really emphasized the importance of things like ‘roadmapping’ — having clear topic sentences, making sure that you’re guiding the reader,” he said. “She would occasionally take our bench memos or opinions and either strike out large slices or literally cut out large sections of paper and remove them or move them around, so that there was this patchwork draft with pieces paper-clipped or glued on.”

Bruton said his clerkships and a spring externship with Fourth Circuit Judge James Wynn, have familiarized him with strategies for successful advocacy, both in terms of structuring persuasive appellate briefs and oral arguments.

“After oral argument [in the Fourth Circuit], we would occasionally have dinner with the judges on the panel, and you’d hear invaluable information about what they found to be particularly effective or ineffective, what they found amusing or annoying,” he said. “That helps you prepare to be on the other side of the bench. I think I’ll carry that experience with me into the Bristow Fellowship and, I hope, into appellate advocacy later.”

Margaret Lemos, the Robert G. Seaks LL.B. ’34 Professor of Law and a former Bristow Fellow said that Bruton can expect to get a “a crash course in the law and legal advocacy,” through the fellowship. “It is one of the most exciting and educational jobs a young lawyer could hope to have,” she said. “Fellows participate in every aspect of the office’s work.

“I think it’s safe to say that I learned more in my year as a Bristow Fellow than I have in any other job.”

A North Carolina native and graduate of UNC-Chapel Hill, Bruton grew up in such diverse places as Cuba, Iceland, and Arizona, where his father was posted with the Naval Criminal Investigative Service. He said he chose to attend Duke Law in part because of a conversation he had with Blocher when he was a prospective student.

“He told me that one of the big differences between Duke Law and some of the peer schools, is the amount of time that professors put into helping students, mentoring students, and really just going to bat for them,” Bruton said. “At the time it seemed kind of like a platitude, but it really turned out to be true. Some of my recommenders like Professors Blocher, [Lisa] Griffin, [Stuart] Benjamin, [Ernest] Young, or [Kathryn] Bradley, in one or another capacity, were always there to help, and took a lot of time with the clerkship process, as well as other things.”