A Children’s Law Clinic client was recently awarded more than $25,000 in back benefits and monthly benefits going forward when an administrative law judge found that the Social Security Administration wrongfully denied the child’s application for Supplemental Security Income (SSI) benefits. The case was handled by two clinic students during the 2014-2015 academic year, Sarah Sheridan ’15 and James Lambert ’15, under the supervision of Supervising Attorney Brenda Berlin.

The clinic’s client, Daniel*, suffers from multiple mental health issues, at least some of which relate to early abuse and neglect at the hands of his mother and her partner. Several years ago, his mother was given an ultimatum by her partner – “me or your children.” She chose the partner and planned to drop off Daniel and his sister at the Department of Social Services. A woman with a remote family connection to the mother, Angela Smith*, heard this at church and agreed to take them both into her home – despite being unmarried, never having had children of her own, and working a low-wage job that was unlikely to be enough to support them.

Smith soon realized that Daniel was not behaving as she would expect a middle-school aged child to behave. He was immature, didn’t relate well to his peers, didn’t understand normal personal hygiene, often lied, hoarded food, and told her that he sometimes heard voices or “saw ghosts.” His health, which included Sickle Cell disease, hadn’t been properly managed. Smith found him a primary care physician and specialist as well as a therapist to work with him to help manage his anxiety and other issues related to his history of abuse.

As Smith was receiving no financial support for the care of Daniel or his sister, she began to work a second job. This plan was short-lived, though, because of Daniel’s agitated and even destructive behavior when he was left with a babysitter. The loss of income not only reduced her standard of living, it made it difficult to support the children and give them the care that they needed. At Daniel’s doctor’s urging, she applied for SSI, a monthly cash benefit available for low-income, severely disabled children. Her application was denied, and when she appealed, it was rejected again. 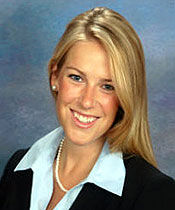 Last fall, Smith contacted the Children’s Law Clinic for help. Sheridan, a third-year student in the clinic, interviewed her and began reviewing Daniel’s claim for benefits, collecting records from his doctors, therapist, and school. “I was inspired by Ms. Smith's relentless devotion to Daniel’s health,” said Sheridan, who is now a litigation associate at Simpson Thacher & Bartlett in New York. “It was so rewarding to work on her case and use my skills to try and get this family the services that they needed and deserved.”

Lambert picked up the case in the spring semester, analyzing the records and developing possible arguments supporting a legal claim to benefits. He interviewed Daniel’s therapist and doctor and drafted affidavits to be submitted to the Social Security Office of Disability Adjudication and Review. He also interviewed Daniel’s teachers and obtained affidavits attesting to his difficulties at school. He then submitted a comprehensive legal memorandum citing Daniel’s medical and educational records and the affidavits of his teachers and medical providers and arguing that the information before the judge was sufficient to award the benefits “on the record.” The judge agreed, and in August, issued a fully favorable ruling, ordering that Daniel receive future benefits and be granted more than $25,000 in previously denied past benefits. 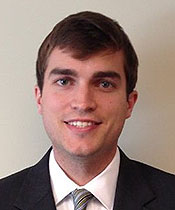 “Working with the clinic was the most rewarding part of my law school experience,” said Lambert, who is now clerking for Judge Gerald B. Tjoflat '57 of the U.S. Court of Appeals for the Eleventh Circuit in Jacksonville, Fla. “The chance to work directly with a client, discover the relevant facts of the case, and craft an argument is unique to the clinic environment. These experiences will undoubtedly serve me well as I embark on my legal career. More importantly, it is just incredibly gratifying to know that I played a role in helping such a deserving client fulfill her selfless efforts to give two children a safe and healthy home.”

Students such as Lambert and Sheridan play a critical role in the clinic’s success, Berlin said. While only about 62 percent of children’s law cases at hearing are successful, the clinic prevails in over 91 percent of its hearings.

“Even though students only work on these cases for a semester, their work is of such high quality, it results in victories for our clients,” she said. “Students engage in interviewing and factual investigation – including mining voluminous medical and educational records for support for their client’s claim – collaborate with other professionals, decipher complex legal regulations related to disability, and develop and execute a legal strategy, including writing briefs, preparing witnesses, and putting on testimony. They pull together many important lawyering skills and apply them in a way that can literally change the trajectory of a young child’s life.”

*Client names have been changed to protect client confidentiality.