When the meme stock phenomenon exploded in early 2021, national media outlets turned to Duke Law experts for analysis and insight, kicking off a busy year for students, faculty, and staff.

This year's collection of top stories reflect the Law School community's lives, loves, legacies, and, of course, legal expertise. When the meme stock phenomenon exploded in early 2021, national media outlets turned to Duke Law faculty for analysis and insight. President Biden named four Law School professors to the Presidential Commission on the Supreme Court, a 2018 alum became the eleventh graduate selected for a Supreme Court clerkship since 2010, and the Wrongful Convictions Clinic celebrated its 10th exoneree.

Also, as the Law School welcomed students back to campus in the fall, the community said farewell to a "transformative" former dean. It's been an exceptional year. Without further ado, here are the top 10 Duke Law stories of 2021: 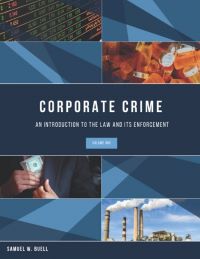 Three Duke Law faculty members are offering their new coursebooks as free digital downloads under Creative Commons licenses that also allow readers to copy, share, modify, and build upon the material in any way they choose.

Both of the new texts, Corporate Crime: An Introduction to the Law and its Enforcement by Bernard M. Fishman Professor Samuel Buell and Intellectual Property: Law & the Information Society by Clinical Professor Jennifer Jenkins and William Neal Reynolds Professor James Boyle, are downloadable as a whole book or by individual chapter. They’ve also made bound paper copies available at low cost through a self-publishing platform.

“Why do we do this? Partly, we do it because we think the price of legal casebooks and materials is obscene,” Boyle and Jenkins write in their introduction to Intellectual Property. “Legal education is already expensive; we want to play a small part in diminishing the costs of the materials involved.” (August 17, 2021)

9. On National Coming Out Day, LGBTQ+ students share stories of openness and pride 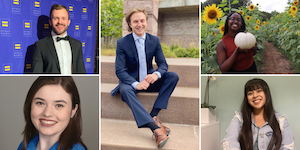 For 34 years, National Coming Out Day has been observed on October 11 to honor LGBTQ+ individuals sharing their sexual orientation or gender identity with loved ones, friends, or the public. This year, with the help of OutLaw, Duke Law School's LGBTQ+ affinity group, five students shared why this day is important to them and the difference that "coming out" made in their lives.

"On National Coming out Day, we celebrate the transformative power of individuals coming out as LGBTQ+," said Dean Kerry Abrams. "I am proud that Duke Law School is a diverse, inclusive, and welcoming community that includes many lesbian, gay, bisexual, transgender, and queer-identified students. Our diversity is reflected in the large and active membership of OutLaw, our LGBTQ+ faculty and staff and their allies, and this year’s 1L class, which has 46 students who identify as LBGTQ+, very likely the largest number in our history. (October 11, 2021)

8. Garrett's Autopsy of a Crime Lab illuminates the flaws in forensic science 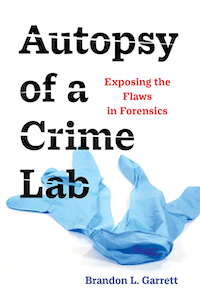 In Autopsy of a Crime Lab: Exposing the Flaws in Forensics, author Brandon Garrett, the L. Neil Williams, Jr. Professor of Law at Duke, analyzes how systemic failures in forensics compromise evidence and have called into question untold numbers of convictions.

Professor Garrett conducts a critical review of how forensics are used in criminal cases, detailing the many ways that evidence relied upon by courts and juries can be – and frequently is – compromised on its way from the crime scene to the lab to the courtroom.

“Stubborn resistance to criticism and hostility to scientific research is the very antithesis of good science,” Garrett writes. “What leading scientists keep telling us is that, apart from the DNA area, no forensic techniques have undergone sufficiently rigorous testing. Error rates have been unknown ... Simply put, we need to bring good science to forensics.” (August 16, 2021) 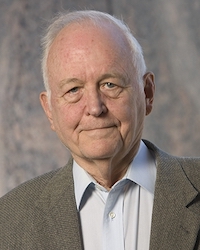 Paul D. Carrington, the Harry R. Chadwick, Sr., Professor Emeritus of Law and a former dean of Duke Law School, has died at the age of 90. Carrington, who presided over major expansions of the Law School's faculty, curriculum, and international programs as dean from 1978 to 1988, is remembered as a visionary and nurturing leader and prolific scholar engaged with law reform and professional responsibility.

“Paul was a gifted writer and an outstanding scholar,” said James Cox, the Brainerd Currie Professor of Law. “Indeed, my colleague Jamie Boyle best summed up this characteristic by observing, ‘If Carrington were sentenced to a dungeon for the rest of his life, his first action upon entering the cell would be to scramble for pen and paper.’" (August 25, 2021)

The 282 students in Duke Law School’s JD class of 2024 come from 37 different U.S. states and territories and from six other countries and represent 127 different undergraduate institutions. (September 9, 2021) 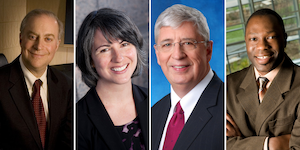 Four members of the Duke Law faculty – Professors Guy-Uriel Charles, Walter Dellinger, Margaret H. Lemos, and David F. Levi – have been appointed to the Presidential Commission on the Supreme Court of the United States, the White House announced April 9.

The Commission’s purpose is to provide an analysis of the principal arguments in the contemporary public debate for and against Supreme Court reform, including an appraisal of the merits and legality of particular reform proposals. The topics it will examine include the genesis of the reform debate; the Court’s role in the Constitutional system; the length of service and turnover of justices on the Court; the membership and size of the Court; and the Court’s case selection, rules, and practices. (April 14, 2021)

4. Love and the law: For faculty couples, it's all in a day's work

Duke Law has more than a dozen married couples on the faculty. In honor of Valentine's Day, two of them share their stories. (February 11, 2021) 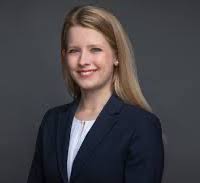 Supreme Court Associate Justice Samuel A. Alito, Jr., has selected Shelby Baird JD/MA ’18 as a clerk for the Court’s upcoming term. Baird will begin her clerkship this summer. She is the fifth Duke Law graduate to clerk for Justice Alito and the eleventh selected for a Supreme Court clerkship since 2010.

“I am really honored to have the opportunity to clerk for Justice Alito,” Baird said. “I was always interested in the Supreme Court growing up, and I am thrilled about getting to have this amazing experience.” (June 3, 2021) 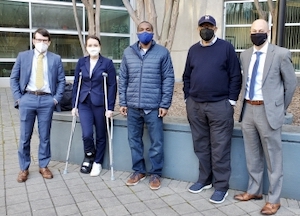 On Jan. 19 a Mecklenburg County Superior Court judge vacated the conviction and ordered the release of Wrongful Convictions Clinic client Willie George Shaw, who spent nearly six years in prison after entering an Alford plea in connection with the death of a nursing home resident. Shaw is the clinic’s 10th client to be exonerated.

"All I can say is I'm happy, I'm thankful, I'm grateful," Shaw told reporters outside the Mecklenburg County Jail. "I'm waiting to see my kids and my mom and trying to put my life back together." Shaw's immediate plans are to travel to Chicago to reunite with family.

“It is always our hope that state prosecutors will join us in correcting miscarriages of justice when they are brought to light, but that only rarely happens in these cases. We are grateful that the Mecklenburg County District Attorney’s Office reviewed the evidence in this case objectively and agreed that it did not support Mr. Shaw’s guilt.” (January 19, 2021) 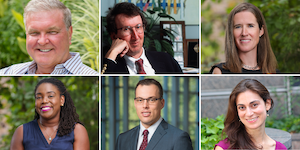