The research and scholarship of Duke environmental law faculty and students are reflected in two recent publications that tackle the problem of climate change and offer policy solutions applicable at global and domestic levels. 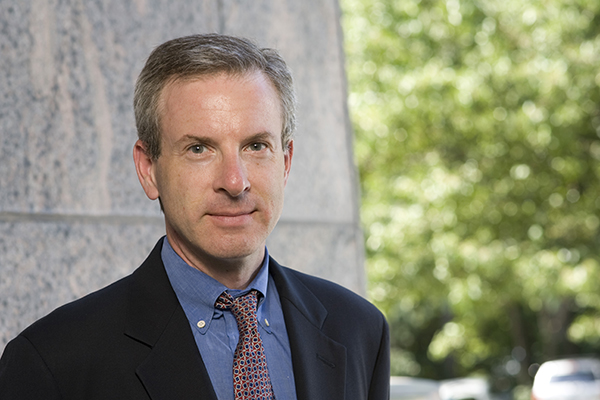 Professor Jonathan Wiener served as a lead author for a key chapter of the latest report by the Intergovernmental Panel on Climate Change (IPCC), highlighting the global challenge posed by both climate change and the need for international cooperation to address it. And multiple articles in an e-book from the Environmental Law Institute (ELI), written by faculty and students at Duke Law and the Nicholas School of the Environment, focus on how the U.S. Clean Air Act can be used to curb U.S. emissions of greenhouse gases. These contributions demonstrate Duke’s ongoing institutional commitment to investigation, education, and innovation in this highly complex area of regulation and policy.

Wiener, the William R. and Thomas L. Perkins Professor of Law, Professor of Environmental Policy, and Professor of Public Policy, co-authored the chapter on “International Cooperation: Agreements and Institutions” in the policy section of the Fifth Assessment Report of the Intergovernmental Panel on Climate Change (IPCC), released in April 2014.  This major report of the global panel of experts, containing multiple chapters on the science, impacts, and policy of climate change, took several years to prepare.  It builds on the four previous IPCC Assessment Reports; Wiener was also involved in drafting the IPCC’s First and Second Assessment Reports, issued in 1990 and 1995, while he served in the U.S. Government prior to joining the Duke Law faculty.

“International cooperation is crucial to address climate change, but it’s also very difficult to engage countries in effective cooperation on a global public good – where the benefits are shared worldwide,” said Wiener, who has focused on domestic and international climate change policy throughout his career since the late 1980s. “Each country faces incentives to wait and let others bear the costs.  There may be important domestic benefits, but policies need to be carefully designed to ensure those benefits, keep costs low, engage mutual action by others, and address internal politics.”

In their new chapter, Wiener and his co-authors examine various agreements and institutions that have sought to promote international cooperation on climate change in the past, assess their impact on global emissions, and compare options for future collaboration to engage key countries. Their task required an assessment of the science and economics to assess the effectiveness of past international efforts and to analyze the prospects for countries working together -- and the hurdles ahead.

The IPCC process included multiple rounds of external review and public comment, much of it coming from leading experts, international stakeholders, and governments, followed by the authors’ revisions to the draft. “There were thousands of comments, and for each one, the chapter authors must publish a response, as well as revise the chapter text,” said Wiener. “This process helps the IPCC take account of knowledge that is available from people all over the world, who have a great deal to contribute.” Still, this was very time-consuming.  The chapter on “International Cooperation” proved especially controversial among governments, because it assessed these governments’ own efforts and negotiating options; when it came time for the government representatives to draft their own summary of the 139-page chapter, they could not agree on its content and they cut the summary for policymakers from two pages down to only one-half page.

“This illustrates how difficult it is for governments to agree, not just on a treaty, but even on the language summarizing the past treaties and the expert literature on the treaties,” Wiener observed.

Wiener is acutely aware of the political obstacles impeding the passage of effective international climate change regulation. Prior to joining the Duke Law faculty in 1994, he worked at the U.S. Department of Justice, at the White House Office of Science and Technology Policy, and at the White House Council of Economic Advisers, where he helped negotiate the Framework Convention on Climate Change. In 1992, he attended the Rio Earth Summit, a groundbreaking environmental conference at which the Framework Convention was adopted.

“Because climate change is a global and long-term problem, and because countries vary greatly in their economies, energy systems, land use, and vulnerability to climate impacts, countries face very different pressures to address climate versus other issues that may be closer to home and closer in time,” he said.  “The way policy is designed can make a major difference.  The U.S. used emissions trading to reduce acid rain at much lower cost, and for the same reason advocated emissions trading for climate change in the 1990s – an approach that Europe initially resisted but has now adopted, as have California and the Northeastern states, and China has started several pilot emissions trading projects.  The U.S. Senate did not ratify the 1997 Kyoto Protocol because it had no obligations for China and other major developing countries.  Today, the U.S. is trying to work domestically to adopt national or regional emissions trading markets, and internationally to engage China and others in parallel markets that may eventually link together.”

Since entering the academy, he has focused his scholarship on the need for careful analysis and design of regulatory regimes, an area where collaboration between experts in law, policy, and environmental science must engage and collaborate, he said.

“One of the central themes of my work has been that regulatory design is crucial. It’s one thing to say ‘We need political activism or political will in Congress or cooperation among countries,’ and it’s another to ask, ‘What impacts would this cooperation yield? Which policy design would achieve which outcomes, and which approach could and should be adopted?’ Hastily designed solutions can result in unintentional costs and problems.  Well-designed policies are crucial to move from activism to successful outcomes.”

Next, Wiener will be a member of the World Economic Forum’s global agenda council on climate change, which will meet initially in Dubai in November.  He describes the interdisciplinary work being done by Duke scholars and students – as reflected in the new ELI collection – as constituting a microcosm of the kind of collaboration and careful research needed to address climate change.

“When I worked in government, I found the insights of people in universities to be indispensable,” he said. “That work has had and can have major impact.” 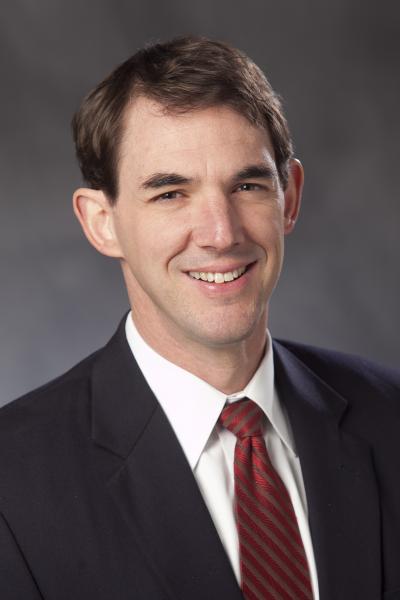 The three Duke articles in the ELI collection, which is titled Old Law, New Tricks: Using the Clean Air Act to Curb Climate Change, highlight the blend of scientific rigor and in-depth understanding of the policy and regulatory landscape that is both a requirement for producing workable policy and an institutional hallmark. They also reflect “applied scholarship at the right time,” said Jonas Monast, who directs the climate and energy program at the Nicholas Institute for Environmental Policy Solutions and teaches Energy Law at the Law School.

One article emerged from a 2009 roundtable Wiener and Professor James Salzman organized at Duke Law in the wake of the landmark Supreme Court ruling. “Regulating Climate: What Role for the Clean Air Act?” was co-authored by Salzman, the Samuel F. Mordecai Professor of Law and Professor of Environmental Policy; Nicholas Institute Director Tim Profeta JD/MEM ’97; Brigham Daniels, a law professor at Brigham Young University who received his PhD at Duke; and Hannah Polikov ’08. It posits that, while imperfect, the Clean Air Act gives the EPA the strongest regulatory tool with which the federal government could address climate change, a “proverbial gun in the hand of the executive branch, pointing at itself and the country at large, with which EPA can ask Congress to please legislate before it is forced to shoot.”

Polikov, now the director of the Public Utility Commission Program at Advanced Energy Economy, said the Duke roundtable and the paper arose after the “the stars seemed to align” for climate change policy advocates in 2008 with the election of President Barack Obama and legislators in favor of action taking control of the U.S. House of Representatives and the Senate.

“But there was still this lingering doubt that legislation with such far-reaching economic implications would be successfully enacted, and even it was, that it would resist attempts to water it down so that it would do too little, too late,” she said. “Luckily, the Massachusetts v. EPA ruling offered the administration a powerful Plan B: use the existing Clean Air Act to regulate climate if Congress should fail to pass comprehensive legislation up to the task.”

“These articles, along with other ongoing work, highlight Duke's contribution to one of the most significant EPA rule makings in years,” said Monast who, like Profeta, joined the Duke faculty after working on Capitol Hill. “Now, in 2014, the EPA is thinking about how to regulate emissions from power plants. Dealing with the existing power plants is going to be a big challenge. Retrofitting or choosing new fuels in a cost-effective way that doesn’t have extreme economic impacts is challenging. There’s a real need for creative yet credible thinking, and I think that’s what we’ve been able to bring to the table.”

The ability to collaborate with faculty on these emerging issues, as evidenced by the ELI articles, is an important opportunity for students headed to practice and policymaking, added Monast. Polikov and Doyle, who is now a deputy attorney general in the environmental practice group of the New Jersey Attorney General’s Office, agree.

“Working at the Nicholas Institute offered an outlet to apply the legal skills I was acquiring at the Law School on emerging energy and environmental issues I cared about,” Doyle said. “The mentorship I received from faculty gave me the confidence to believe I could contribute to the discourse on those issues and eventually work in the environmental law field.”

“I've taken a very rewarding and non-traditional career path in energy and environment law and policy, working for a big corporate law firm, Congress, state government, and now a nonprofit,” said Polikov. “The work that I did at the Law School, the Nicholas School, and the Nicholas Institute, and the relationships that I formed there, have been tremendously helpful along that path.”