This month we announced the creation of a new center at Duke Law School dedicated to the study of the judiciary, the Center for Judicial Studies. This is an exciting project for us because of the strength of our faculty in this field. The project is particularly important to me because of my own career as a federal judge. The Center will be an academic research center that sponsors research and writing on the judiciary, domestic and international. Topics such as judicial decision-making, judicial independence, private judging regimes, selection and appointment systems, and inter-branch relations will provide fruitful areas for study and discussion in conferences and publications. The Center also will bring federal, state, and international judges to Duke Law School to collaborate with our faculty in the study of the judiciary. Most notably, the Center will sponsor a Master of Laws in Judicial Studies designed for judges who wish to study the judiciary and judicial institutions with leading scholars from Duke and elsewhere.

The response to our announcement has been strongly positive from judges who look forward to returning to law school to study something so important to them and to gain a broader perspective on their work. They welcome the opportunity to learn from and engage with some of the top scholars in the legal academy. Our faculty members as well as scholars from other law schools also are eager to participate in the new Center and the master's program.

This robust response is in direct contradiction to what one hears so often from some lawyers and judges, and even from some law professors: that the legal academy has become interested in academic debates and issues that are not remotely relevant to lawyers and judges in their day-to-day professional lives. Sometimes it is said that law professors are no longer interested in law but that they are interested only in what follows the "and," as in "law and history" or "law and economics." A symptom of this irrelevance is said to be law reviews and legal academic writing more generally. Although there may be academic scholarship that is primarily of interest to other academics, just as there are disputes within the judiciary that are primarily of interest to other judges — the vigorous debate within the judiciary over the citation of "unpublished" opinions comes to mind — I submit that the legal scholarship produced and fostered by Duke Law faculty and students is of very great importance to lawyers and judges.

Let's first look at some of the most recent issues of the Duke Law Journal. In October and December 2010, the journal published a series of articles on possible changes to the Rules of Civil Procedure that might ameliorate litigation cost and delay. The series is focused on matters of very great concern to the bench and bar and includes a lengthy article1 by Professor Arthur Miller on the U.S. Supreme Court's recent decision in Ashcroft v. Iqbal, which arguably changed the standard for motions to dismiss. In more recent issues, the journal published articles on rethinking the "novelty" concept in patent law2 and the development of an unjust enrichment principle in the understanding and application of Rule 10b-5.3

“Our new Judicial Center will strive to maintain the historically close and productive relationship between the academy and the bench.”


Or consider the kinds of legal issues our faculty are thinking and writing about. Professors Curt Bradley and Mitu Gulati recently published an important article4 in the Yale Law Journal that challenges the longstanding view that nations never have the legal right to withdraw from rules of customary international law. Professor Neil Siegel is looking at the Commerce Clause and federal power through the lens of the "collective action" problem that can plague joint action, as in a nation that is a collection of sovereign states. His work5 provides arguments and perspectives on the current debate on the constitutionality of the national health care legislation. Professor Jerry Reichman's work looks at innovation policy generally and seeks to reduce protectionism in the open exchange of scientific discoveries. His work6 is directly relevant to access by poorer nations to lifesaving technologies and drugs. The list goes on and on. Our faculty is engaged in scholarship that has the potential to change the legal landscape and the way we think about different areas of law. It is not at all disconnected from the concerns of lawyers, judges, lawmakers, and law reformers.

This is not to say that faculty scholarship always should have a direct, immediate, real-world payoff or application. This is not a new development. One could look at the curricula of the law schools in the 19th century and see a healthy dose of "law and": law and history, moral philosophy, religion, ancient law, and economics. The decision to house our great law schools within great universities is based on the belief that law is a worthy academic study that contributes to and is enriched by the study of other fields of knowledge. This was a good decision. But it does mean that much academic law writing is difficult and requires a solid grounding in economics, statistics, history, and other fields. This is where our new master's degree program can be particularly helpful to judges who wish to keep up with the growing academic literature on judging and judicial institutions.

We know that our faculty will learn much from the judges who come to study here at Duke. And so will the judges learn much from our faculty. Our new Judicial Center will strive to maintain the historically close and productive relationship between the academy and the bench. Imagine that one day judges all over the world hold graduate degrees from Duke. This will be good for our Law School. It also will be good for the judiciary. Together we can build a learned profession, one that constantly strives to improve the justice system through knowledge and service.

I wish all of you a relaxing and happy summer. 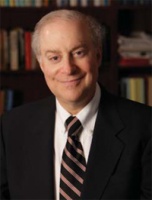