Joline Doedens, Karlee Blank, and Madeleine Hogue, all members of the Class of 2015, made presentations to the faculty last month as part of the final requirement for completing their third-year capstone projects.

Often interdisciplinary in nature, capstone projects are selected and designed by students based on their academic and professional interests. Students are required to present their projects, which can take the form of a scholarly article, model bill, or other work product, to the Capstone Year Committee.

Professor Kathryn Bradley, who administers the program, says participating in a capstone is ideal for students who want to explore interests that go beyond what is discussed in the classroom or build on the experience they’ve gained in the workplace or in law school. “A capstone project can be a perfect way to bring things together, often resulting in publishable work or in a deliverable that has practical use to laypersons or lawyers,” she said.

Building off of the research and interviews with local judges she undertook for capstone research paper, Doedens wrote a guidebook to equip victims of domestic violence and practitioners with the knowhow to obtain a protective order and access other resources related to their situation. 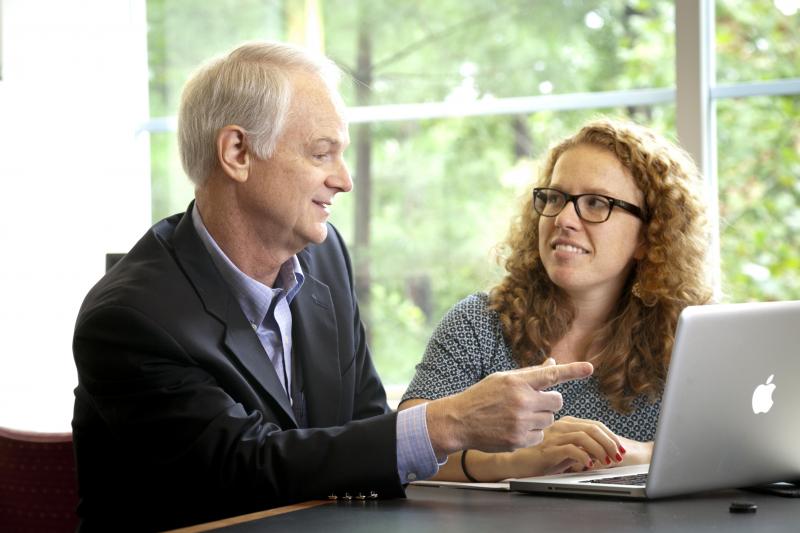 “I learned from working with clients in the Civil Justice Clinic that clients often have no idea about how the court systems work,” Doedens said. “They are terrified something bad will happen.”

Doedens researched the differences in how domestic violence cases are handled in seven North Carolina counties and compared their current practices to the best practices suggested by the North Carolina Administrative Office of the Courts (NCAOC). She discovered that a lack of resources, especially in rural counties, coupled with victims who did not fully understanding their options and rights resulted in lopsided legal representation as well as inconsistencies in practices.

For example, courtroom safety and security standards vary widely in the seven counties. “Defendants often walk across the courtroom to their bench unaccompanied. Even though they are shackled and handcuffed, they can still attempt to get away or distress the victim,” she said during her presentation.

Although some courts may not be able to have extra bailiffs in the courtroom, as suggested by the NCAOC, Doedens believes following the other guidelines – such as arranging separate exits and entrances for plaintiffs and defendants, making sure plaintiffs and defendants sit on opposite sides of the courtroom, and ensuring both parties respect courtroom etiquette – will help to create a safer environment.

She plans to distribute brochures and flyers promoting the online version of the guide in grocery stores and women’s shelters.

“My professional interest in the interplay between American attorneys and local foreign counsel evolved into an academic interest through Professor Bradley’s Ethics course and Professor [Bruce] Elvin’s class on the Business and Economics of Law Firms,” she said. “That class introduced interesting questions about the ABA’s Ethics 20/20 work as well as the future of globalized law firms, the logistics of managing offices overseas, and the challenges presented by legal outsourcing.” 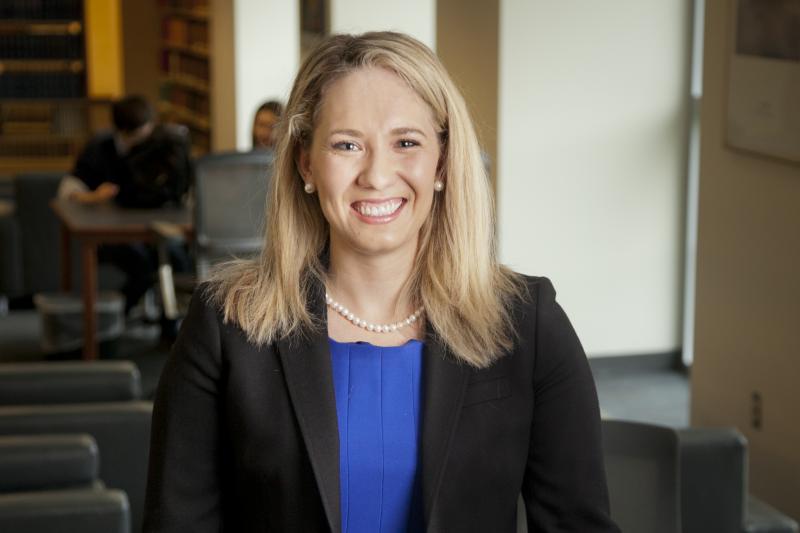 An independent study Blank completed in the spring semester of her second year on the ethical implications of working with lawyers in civil-law systems in Angola, Mongolia, and Venezuela served as the foundation of her capstone project. “I wanted to take this research a few steps further and identify practical mechanisms for reducing the risks when collaborating with such counsel,” she said.

Blank’s Risk Mitigation Manual: Transnational Legal Collaborations, describes mechanisms American law firms can use to assess and “effectively mitigate the inherent risks” involved in working with foreign counsel. Her accompanying methodology paper identifies challenges American law firms may overlook before entering into transnational representation such as socioeconomic, cultural, and political differences, and logistical barriers like time differences between the two countries or the difficulty of finding a competent translator.

Blank said she feels encouraged by the positive feedback she’s received from legal professionals in and outside of the Law School. She plans to continue to refine her project and Risk Mitigation Manual after graduation. “After publishing the Manual,” Blank said, “I plan to develop a course or webinar series on the best practices for successful transnational collaboration.”

For her project, Hogue engaged with the question of why juveniles waive their appellate rights at a higher rate than adult criminal defendants. Her paper incorporates interviews with practitioners in the juvenile justice system and explores a variety of topics, including what role attorneys play in the decision to appeal, and whether children’s best interests or expressed interests are taken into consideration when deciding whether to appeal. She also considered how parents and legal guardians influence the appellate process and whether the threat of shouldering court fees in the event their child loses an appeal has an impact.

Hogue presented her research during the Early Career Scholars session at the Seventh Conference on the Future of Adversarial and Inquisitorial Systems, hosted by the University of Warwick School of Law and Criminal Justice Centre. This year’s theme was “Protecting the Vulnerable Accused in Criminal Proceedings.”

Bradley said Doedens, Blank and Hogue’s work demonstrated creativity and self-initiation. “For each,” she said, “I think the work truly was a ‘capstone’ to their time at Duke Law.”