Donald Beskind is succinct in articulating the challenge common to teaching and being a trial lawyer: “communicating complex information in a sequence and form that is both interesting and understandable.”

He has been effective in executing that challenge in the courtroom and classroom for more than 35 years. Having come to Duke Law on a two-year John S. Bradway fellowship in 1975, he remained on the faculty, teaching and as director of Clinical Studies until 1981, when he returned full time to private practice. He has taught almost continuously since, training other lawyers nationally and internationally through the National Institute for Trial Advocacy and at Duke Law, where he leads the Trial Practice program and periodically has taught evidence.

That’s why Beskind sees his return to a full-time faculty post as simply a shift in balance, not a fundamental change. “I absolutely love what I do,” says Beskind of his law practice. “My problem has been that I love two things — practicing and teaching. And I’ve been balancing that all of my professional life.” He remains of counsel at Twiggs, Beskind, Strickland & Rabenau, his Raleigh law firm that annually sponsors Duke Law’s mock trial tournament. Beskind says engaging with students has helped him be a better lawyer. “Most practitioners do things for intuitive reasons,” he explains. “Teaching, particularly skills teaching, makes you ask yourself, ‘Why? Why do you do it this way?’ That questioning informs the teaching, but it also informs the practice.”

Calling it one of those “wonderful fortuities in life,” Beskind was studying law at the University of Connecticut in the early 1970s when it became a pilot site, along with Harvard Law School, for a project in practical-skills training instituted by the newly-formed Council on Legal Education and Professional Responsibility.

“For the bulk of my third year, I practiced law during the daytime and took seminars in trial skills at night,” he says. Mentored by “talented lawyers” who were pioneers in clinical education, Beskind says he found his calling in trial litigation.

“I just loved it. I had a moment where I realized I had found something for which I was suited and which I enjoyed,” he says. “I always tell my students, ‘Don’t do what you think you should do, do what you like and what you can do well.’”

In his practice, which has focused on litigating and mediating complex civil cases and, more recently, taking on post-conviction capital defense work on a pro bono basis, Beskind has been careful in his choice of clients and cases.

“In civil practice, particularly when you are acting for the plaintiff, you get to choose,” he points out. “You have to want to represent your client — you’re going to be working with them very, very closely. And you’ll be championing their cause. “Beyond that, my mantra has been to take cases, in effect, for either love or money. If I took a case for money, it was a case that I was taking because it was a part of making a living practicing law, with the expectation that it would be successful. As a contingent-fee lawyer, that’s essential.”

Cases he took “for love” brought no expectation of financial reward, he says. “Those cases I took because there was something about the issue or the client that was important and the case needed to be taken.” Some of these have included actions resulting from genetic misdiagnosis, contraceptive failure, and one recent appeal that involved the scope of a bar’s duty not merely to not serve a drunk but to prevent a patron who becomes intoxicated from driving drunk. (For more, see “Talking practice with Donald Beskind” in Duke Law Magazine online at www.law.duke.edu/magazine.)

Insistent that the practice of law does not have to be “ponderous and dull,” Beskind sees it as being, in the end, all about relationships. “When I got out of law school I thought that the practice of law was largely about the law. Once in practice, it became clear, in short order, that the facts were as or more important than the law. But it took me a very long time to realize that, in the end, the law is a ‘people’ occupation and the practice of law is more than anything else about the people — your colleagues, the opposing parties, expert witnesses, the judge, the jurors. People skills and the ability to motivate and engage people in your cause, that ability is the mark of the excellent and successful lawyer. I think lawyers who love what they do understand this ‘third dimension’ of the law — the relationships.” 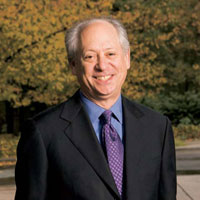