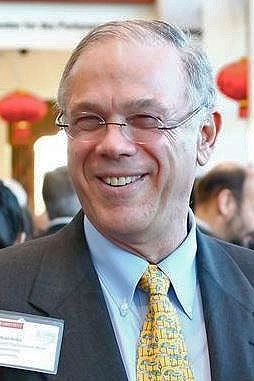 The Duke Law community is remembering the life of Professor Jonathan Ocko, who died on Jan. 22.

Ocko, a noted historian of modern China, had been a professor of legal history at Duke Law since 1990, having first joined the extended faculty in 1983. In addition to teaching courses on Chinese law and society and Chinese legal history, he helped build the Law School’s presence in China and Hong Kong.

For more than a decade, Ocko headed the Department of History at North Carolina State University, where he had taught since 1977, becoming a full professor in 1992.

In a message to alumni, Dean David F. Levi recalled Ocko’s participation in a 2005 alumni trip to China and his participation, last summer, in the inaugural Duke Law -- Shanghai Jiao Tong University Financial Law Forum. “He was always willing to share his expertise on modern Chinese culture and law with our students and faculty,” said Levi, "and he had ongoing relationships with our graduates in China.  I have heard from many of them of their deep sorrow and gratitude."

Associate Dean for International Studies Jennifer Maher ’83 said Ocko was instrumental in helping Duke Law faculty and administrators build ties in China. She noted his guidance to her predecessor, Judy Horowitz, and then-Dean Pamela Gann ’73 on a trip during the 1990s.

“His extraordinary fluency in Mandarin astonished their hosts and paved the way to valuable relationships with Chinese law faculties,” she said. “In the 1990s, his Chinese Legal History course was jointly taught to Duke and Tsinghua University law students in an early use of distance learning technology.”

Judy Horowitz fondly recalled the trip to China with Ocko.

"Jon was the perpect person with whom to be in China," she said. "Many years ago he, Dean Pamela Gann, and I spent time together in Shanghai and Beijing. We  marveled at his fluent Chinese, his familiarity with sites to visit, his close ties with scholars and cordial relations with several officials. Jon was very good natured, and we forgave him for forgetting to tell Pam that she was supposed to deliver a lecture to a full room of judges at Shanghai's Fudan University shortly after our arrival there. Luckily, Jon  kept the classroom entertained—they laughed and we did not understand a word—while Pam quickly made an outline on a chalk board for a what Jon described as the perfect lecture on international trade. Jon was not only a wonder in China, he also was an excellent resource in deciding which Chinese applicants to admit to the Law School. Jon's expertise, collegiality, good humor, and friendship will be missed by his colleagues at Duke."

Professor Paul Haagen recalled Ocko’s vibrant personality in a statement memorializing his friend and colleague. “Jonathan was a person of enthusiasms, and his energy filled whatever room he was in,” Haagen wrote. “When he would stick his head into my office, I never had any idea where those enthusiasms would lead him that day. It might be into new scholarship on property relations in imperial Qing China, advances in artificial intelligence theory, how styles of rowing had changed since he had rowed for Trinity College, or the incipient problems of the Duke basketball team. What I did know was that his stories would be entertaining, his insights fresh and the entire experience fun.”

An obituary on the N.C. State website praised Ocko’s leadership of the history department. “We mourn Jonathan’s passing, and will miss his intellect, passion, and commitment,” said Dean Jeff Braden of the College of Humanities and Social Sciences. “Although I am confident we will remember fondly his wit, humor, and unflagging good will, I know that today, we mourn the loss of a friend, a colleague, and a leader.”

The article remembered Ocko as a “passionate proponent of the importance of history and the liberal arts as critical to a college education.” It also noted his strong advocacy for the digital humanities, an outgrowth from his consulting work in China on digital rights management and on virtual reality and game software.

Ocko earned a Ph.D. from Yale University in Chinese history and taught at Clark University and Wellesley College before joining the history faculty at N.C. State.

Ocko is survived by his wife, Agatha; sons Peter ’97 and Matt; their wives; and four grandchildren.

"My father relished his role as both a builder of and participant in the special community that I enjoyed so much during my time at Duke Law," said Peter Ocko. "In addition to his China legacy, he leaves behind a love of ideas and intellectual engagement that left an indelible mark on his students, colleagues and other legal historians."

Paul Haagen’s statement on the passing of Jonathan Ocko

When I heard the news of Jonathan Ocko’s sudden death, I, and I think all of my colleagues, were shocked. It was not that he was still of an age when death is uncommon, but rather that he was such a life force that the news seemed to make no sense.  He was the epitome of a life force. Jonathan, quite simply, was never quiet and never dull. He was full of ideas, and wanted all around him to participate in them. He assumed that his friends and colleagues must, like him, be full of ideas as well. He gave off the aura of someone who wanted to draw everyone into the world of his thought and to dive head long into the ones of theirs.

Jonathan was a person of enthusiasms, and his energy filled whatever room he was in. When he would stick his head into my office, I never had any idea where those enthusiasms would lead him that day. It might be into new scholarship on property relations in imperial Qing China, advances in artificial intelligence theory, how styles of rowing had changed since he had rowed for Trinity College, or the incipient problems of the Duke basketball team. What I did know was that his stories would be entertaining, his insights fresh and the entire experience fun.

I cannot remember a single conversation with Jonathan, however serious, that did not at some point involve laughing.

When in these conversations, if the thread shifted to consideration of some person who was particularly problematic, one of the two of us would often invoke the ambiguous lines attributed to the widow of the great jurist Lord Coke upon the death of her husband.  “There will never be another like him, praises be to God.” In the spirit that she undoubtedly meant those words, and not in the irreverent way that Jonathan and I would use them, they seem particularly apt. It is hard to imagine that there could ever be another Jonathan Ocko. Praises be to God for our luck in having had the good fortune to work with this man.