Scholars to FDA: When put on food, “natural” is a meaningless label 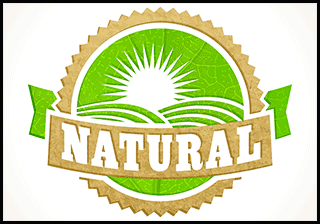 An interdisciplinary team of Duke University and University of North Carolina faculty, staff, and student researchers submitted comments to the U.S. Food and Drug Administration (FDA) in May arguing that a label that declares a food item to be “natural” is meaningless and should be accompanied by a disclaimer to that effect.

Emily Spiegel ’14, then a Stanback Fellow in the Environmental Law & Policy Clinic, compiled the team’s response to an FDA request for information and comments regarding the use of the term “natural” in the labeling of human food products. Clinical Professor Michelle Nowlin JD/MA ’92 and Perkins Professor of Law, Professor of Environmental Policy, and Professor of Public Policy Jonathan Wiener contributed to the comments, as did Ashton Merck, a doctoral student in Duke University’s Department of History and Dr. Shu Wen Ng, a research associate professor in the Department of Nutrition at the University of North Carolina at Chapel Hill. The team members cited their combined expertise in environmental and food law, health economics, and the history of food regulation, but noted that the comments reflect their own views and not those of their respective institutions.

Addressing specific questions raised by the FDA, the researchers acknowledged that consumers are often willing to pay a premium for foods labeled “natural,” believing that it stands for an array of attributes, such as nutritious or free of pesticides and genetically modified ingredients. The lack of any shared understanding of what value the label actually conveys, coupled with the fact that multiple agencies regulate food labeling and advertising, would make it difficult, if not pointless, for the FDA to define the term.

“‘Natural’ is not a new term to be defined for consumers who have never heard it before; it is a familiar term to most consumers, one loaded with the weight of history, preconceived notions, cultural connotations, and value judgments,” the written comments stated.

“It’s just too late to try to roll back consumers’ pre-existing expectations and to undo the cultural baggage that each person brings to the term ‘natural product,’” said Spiegel in an interview. And any definition offered by the FDA would not apply to meats, which are regulated by the U.S. Department of Agriculture, or food advertising, which is regulated by the Federal Trade Commission, she said.

Banning the term “natural” would likely violate First Amendment guarantees of free speech, the team reported, speculating further that apart from legal challenges, a ban would be met by the use of alternative terms “that would leave consumers no better informed than before.”

A disclaimer, by contrast, would “alert consumers to the fact that there is no shared legal definition of ‘natural’ for food labeling,” they wrote, noting that it would at least make it clear that no nutritional, health, or environmental benefits are implied by the term.