Dunlap: Considering the implications for terrorism of “going dark” 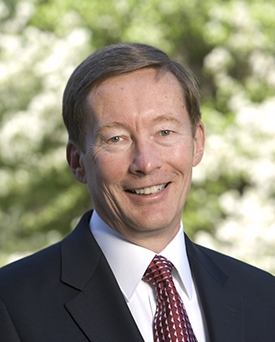 Near the end of an essay parsing Apple’s refusal, in 2016, to honor a warrant obtained by the FBI requiring it to unlock an encrypted phone used by one of the perpetrators of the San Bernadino massacre, Professor Charles Dunlap, Jr., Maj. Gen. USAF (retired), points out that demanding “more privacy than the Constitution or existing law might provide” comes with a social cost.

“It is certain that every terrorist, drug dealer, Wall Street cheat, sex-slaver, and crook of every variety will use a secure device if they think it will shield them from law enforcement, and to the extent that using such devices fulfills that desire, we have to expect and accept more terrorism and more crime,” Dunlap writes in “Social Justice and Silicon Valley: A Perspective on the Apple-FBI Case and the ‘Going Dark’ Debate,” 49 Connecticut Law Review 1685-1702 (2017). “Significantly, that cost and risk will not be borne by those who are profiting from the devices, but by those without the resources or ability to protect themselves.”

Dunlap, executive director of the Center on Law, Ethics and National Security whose teaching, scholarship, and commentary address a wide range of topics relating to the law and ethics of national security, armed conflict, cyberwar, and others, notes that the Department of Justice eventually dropped its case against Apple after a third party helped it gain access to the phone, so the matter was never adjudicated in court. But the dispute, he writes, highlights the debate about strongly encrypted communications relating to crimes and national security threats that can’t be monitored — or “go dark” — “even where the government is working through the judiciary.”

Publicly, Apple framed its objections to unlocking the phone in a desire to protect individual rights against government intrusion, but Dunlap suggests that it was fighting the warrant (with the resources to do so) in large measure to protect hyper-security as a valuable aspect of its brand. And in that sense, the dispute “engages fundamental notions of social justice and the rule of law,” he argues.

“Put another way, should a company be allowed to refuse to open some kind of a safe, so as to allow a child pornographer to flaunt a bona fide search warrant?,” he writes. “Should a certain class of criminals be permitted to avoid searches simply because they can afford to buy some kind of high-end safe or data encryption device? Why should people who, for example, send letters searchable with a warrant enjoy less privacy than someone who can afford the latest high-tech data gadget?”