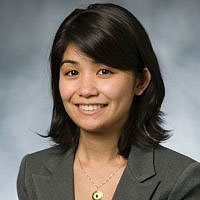 As a Knauss Fellow at NOAA, Emma Htun focuses on international fisheries policy involving a complex balance of conservation and trade implications. Her work in the Office of International Affairs of the National Marine Fisheries Service (NOAA Fisheries) includes engaging in bilateral and multi-lateral consultations as a member of U.S. delegations led by the Department of State, focusing on matters of trade, stewardship, and capacity-development in foreign countries on fisheries management issues.

Htun’s portfolio includes Atlantic and Southeast Asian regional issues, and she serves as a U.S. delegate to a number of international meetings and negotiations. These include a regional organization on Atlantic fisheries management, the Committee on Fisheries (COFI) of the Food and Agriculture Organization (FAO) of the United Nations, and bilateral consultations with Canada, Norway, and Vietnam, three key U.S. fishing partners.

“On the international policy level, my team works closely with attorneys in treaty negotiations to make sure we are within the constraints of U.S. regulations when we are making commitments on behalf of the U.S. government on different policy issues and science goals,” she explains.

In May, for example, she took part in negotiating amendments to the forming treaty of the International Commission for the Conservation of Atlantic Tunas (ICCAT), and in addressing mandatory monitoring and enforcement measures that member countries must follow.

A recent trip to Vietnam focused on building capacity for fisheries management. “We were both holding bilateral consultations with the Vietnamese Directorate of Fisheries and working with provincial fisheries managers to help improve regional regulations and understanding of coastal and marine spatial planning, which helps guide competing uses of water such as fisheries, tourism, and energy development,” she says.

Htun also serves as the executive secretary to the Presidential Task Force on Combating Illegal, Unreported, and Unregulated (IUU) Fishing and Seafood Fraud that President Barack Obama established this past June; NOAA co-chairs the task force with the Department of State.  Over 90 percent of seafood consumed in the U.S. is imported, she explains, and a significant percentage of catch from key marine fisheries around the world — possibly more than one quarter — is estimated to come from IUU fishing.

“By circumventing conservation and management measures in order to cut corners and lower their operating costs, companies and individuals engaging in IUU fishing affect not just target species, but also the broader ecosystem,” Htun says. “As a result, their products provide unfair competition in the marketplace – particularly for U.S. fishermen who play by stricter domestic fisheries laws and regulations.  In addition, there has been rising consumer concern with seafood fraud — where one species of fish is fraudulently marketed as another for economic or IUU reasons. The inter-agency task force is charged with developing specific recommendations for the White House on how to deal with these issues within their distinct statutory authorities, among others.

“My involvement with the task force has been fascinating,” Htun says. “In addition to getting to work intimately with NOAA leadership and different parts of the agency such as General Counsel, Seafood Inspection, and Law Enforcement, I work regularly with the staff and leadership of other federal agencies. There are over 12 different federal agencies on the task force and there are often overlapping or conflicting statutory authorities.  It is interesting to see the challenges in resolving who has jurisdiction over what issue and how we can best leverage all of our limited resources to tackle such a large problem.”

Her fellowship has involved frequent travel: to ICCAT negotiations in Barcelona (and soon to its annual meeting in Genoa, Italy), to the COFI annual meeting in Rome, to Canada for bilateral consultations, and to Vietnam. “It is pretty fun,” she says with a laugh, “but it’s also a lot of work.”

Htun first heard about the Knauss Sea Grant Fellowship when she held a Duke in D.C. externship, as a 3L, in the International Section of NOAA’s Office of General Counsel. “Although my externship did not specifically focus on fisheries issues, it gave me good insight into what NOAA does more broadly,” she says. And when the general counsel for international law recommended that she apply to the program, she realized that it was a good fit with her background and interests, beginning with her undergraduate degree in international politics and development at Georgetown University’s Edmund A. Walsh School of Foreign Service.

With support from the Public Interest Law Foundation, Htun worked, during her 1L summer, with International Rivers, a nonprofit advocacy organization, in the Mekong Delta of Vietnam. “They were working with Mekong River groups on matters arising from huge hydroelectric projects that were being built across the rivers and interfering with the fisheries,” she says. “The rivers are the lifeblood of the communities. So that was my first fisheries foray.”

During her 2L summer, Htun held a Stanback Fellowship at Earthjustice in Alaska, working on oil-spill litigation against Shell Oil and other Arctic Ocean issues. As a 3L she worked on coastal issues during an externship at the Southern Environmental Law Center and in the Environmental Law and Policy Clinic. And she deepened her policy experience at the conservation organization Oceana, where she held a post-graduate Bridge-to-Practice fellowship.

“I ended up having a very broad base of experience,” she says. “I had worked on coastal, ocean, and fisheries issues, and NOAA does all of those. While a lot of scientists have very specific focus areas, what I could offer the different offices that were interviewing for Knauss Fellows was a broad background, comfort working with many different stakeholder groups, writing skills (hopefully), and an ability to work with tight deadlines. And that’s really what you need when you work on sensitive policy issues in an office that deals with high-level domestic and foreign leadership, as mine does.”