July 30, 2008 — Three clinical courses may seem like a lot, but Dan Foster ’08 says if he could have found the time, he would have taken at least one more before leaving Duke Law School. “I really enjoyed all of them,” Foster says about his participation in the Wrongful Convictions Clinic, the AIDS Legal Project, and the Low-Income Taxpayer Clinic (LITC). “It was nice to have one a semester to get away from abstract classes and reading cases. It was great to get a chance to interact with and meet a lot of people.”

Foster’s clinical education at Duke Law began the first semester of his 2L year in the Wrongful Convictions Clinic. There he and another student were assigned the case of a man accused of molesting his daughter and son. “It was the first time I had to analyze a complex file and try to develop a theory of the case from it,” he says. The two students eventually interviewed the client in prison and came away with very different assessments of the situation.

“[The client] told us a story that completely contradicted the testimony and facts presented at trial. … I thought he was guilty at that point and my partner disagreed.” Despite the disagreement, Foster says he learned a great deal from the experience. “It was good to work a case, develop a case file, and read through trial transcripts.”

The next semester, Foster participated in the AIDS Legal Project where he handled several cases, including one involving the disclosure of a client’s HIV-positive status to an insurance company. “That case was really helpful for my summer job — especially going into tax — because it was an issue of whether or not a federal statute had been violated,” he says. “I did a lot of research looking into both the statutes and regulations, and wrote a memo summarizing my findings.”

Foster’s favorite experience of the AIDS Legal Project, however, was visiting the Triad Health Clinic in Greensboro to help individuals draft legal documents including basic wills and powers of attorney.

“I felt like that really helped me with so many of the things that people would expect me to know coming out of law school,” he says. “We tried to make as many appointments as we could in advance, but we also took people on the spot. I got to meet and help three or four people in a day. It was fantastic.”

Intending to pursue tax law after graduation, Foster signed up for the Low-Income Taxpayer Clinic (LITC) the first semester of his 3L year. The tax clinic was different in that it offered the opportunity to work on cases that might reach litigation, he says. “There is a multi-level process with the IRS; you definitely get a lot of shots to make your case.”

In the LITC, Foster worked on several cases with individuals disputing penalties including one “innocent spouse” case where a divorced woman was being charged back taxes due to deficiencies in the returns filed by her former husband. At one point, it appeared that Foster would have a chance to litigate the case.

“We drove over to Winston-Salem and spent the day at Womble Carlyle Sandridge & Rice, walking our witnesses through their direct and cross examinations,” he says. “I had written my opening and my partner had written his closing.”

Just prior to the hearing, however, the parties learned that the case would be continued until October. “It was tough to prepare for court and then have everything delayed, but it was good to learn that you have to be ready for anything,” Foster says.

“I feel like the clinics offer something for everybody,” he continues. “Every clinic gives you the opportunity to talk to people on the phone and work in an environment that is much more like that of a real job. I think that exposure is incredibly valuable.”

“It really helped me to get over the anxiety and nervousness of calling people and taught me how to handle being asked questions that I don’t know the answer to — which happened all of the time in the clinics and I’m sure will happen in my job.

“And it’s just fun. The professors who run the clinics and the students that take them are great and I feel like they made my experience at Duke Law much richer than it would have been otherwise.” 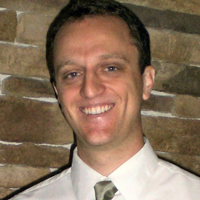 “It was nice to have one [clinic] a semester to get away from abstract classes and reading cases. It was great to get a chance to interact with and meet a lot of people.” — Dan Foster '08