"Government, Technology and Culture: From Janet Jackson to iPod and Beyond" An address by Mr. Reed Hundt, former Chairman of the FCC (1993-97) 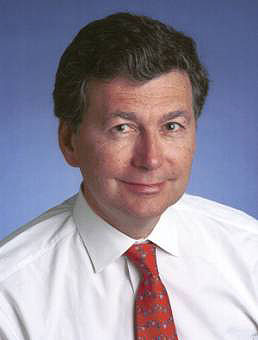 The Sports and Entertainment Law Society is happy to announce this spring's featured event "Government, Technology and Culture: From Janet Jackson to iPod and Beyond," a presentation by Reed Hundt. On Wednesday, April 6th, Mr. Hundt will speak on regulating culture in entertainment and the impact of technological advances in establishing administrative policy. More specifically, Mr. Hunt will examine public media and public outrage, and how they relate to First Amendment rights. This event promises to be educational for all those interested in the intersection of entertainment, technology, and government.

As Chairman of the Federal Communications Commission (FCC) from 1993 to 1997, Mr. Hundt presided over the implementation of the Telecommunications Act of 1996 and helped negotiate the World Trade Organization Telecommunications Agreement, opening markets in 69 countries to competition and dropping barriers to foreign investment. He is especially proud of his role in making the largest single national commitment to K-12 education in America's history; the Snowe-Rockefeller program dedicates more than $2 billion annually to connect all classrooms in the country to the Internet. Under his administration, the FCC raised more than $12 billion for the U.S. Treasury through competition-creating spectrum auctions.

Prior to heading the FCC, Mr. Hundt was a partner in the Washington, D.C. office of Latham & Watkins. He currently serves on the board of directors of Intel, Pronto Networks, Tropos Networks, Polyserve, Megisto, Entrisphere, and Access Spectrum, and as an advisor to The Blackstone Group, VeriSign and McKinsey & Company. He is also a venture partner at Benchmark Capital and a member of the advisory committee at the Yale School of Management.

Mr. Hundt is the author of You Say You Want A Revolution: A Story of Information Age Politics (Yale University Press, 2000). He is Co-Chairman of The Forum on Communications and Society at The Aspen Institute.

Mr. Hundt is a graduate of Yale Law School (1974) where he was a member of the executive board of the Yale Law Journal. He clerked for the late Chief Judge Harrison L. Winter of the U.S. Court of Appeals for the Fourth Circuit, and is a member of the District of Columbia, Maryland, and California bars.